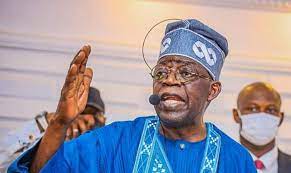 A trail of reactions from Nigerians have followed the reports that the presidential candidate of the All Progressives Congress (APC), Asiwaju Bola Tinubu didn’t submit his primary and secondary school certificates to the Independent National Electoral Commission (INEC).

It was reported that Tinubu claimed that his school certificates were stolen by unknown persons during the military rule in 1990.

The former governor of Lagos State stated this in an affidavit submitted to the Independent National Electoral Commission (INEC) as part of his eligibility filings for the 2023 presidential elections.

It was gathered that documents released on Friday show that Tinubu left the columns for his primary and secondary education unmarked.

Tinubu, however, noted that he obtained a degree in business and administration in 1979 at the Chicago State University.

Following this submission, Nigerians have taken to social media to air their views. While some feel it’s not a big deal as he has gone ahead to achieve other things which wouldn’t have been possible without such certificates, others are of the opinion that it calls for more investigation into the background of the former Lagos State Governor.

Bola Tinubu should be in jail for committing perjury as he abandons his earlier claim of attending primary school, sworn in an affidavit, to run for Governor but now claims not to have attended primary school. Anyone educated person supporting this man is a functional illiterate. pic.twitter.com/yweJgbumgH

See some of the reactions as culled from Twitter

Emmanuel I. Onwuezobe@IbekweOnwuezobe
Abeg the information provided by Tinubu to INEC when he wanted to contest for Lagos State governorship election should be well protected before we hear say the files are missing or fire has destroyed the building where the files are.

Premier@SodiqTade
The emergence of Buhari as Nigeria President has changed the standard of governance forever. That is why Tinubu can even contest for the post of President. You don’t need to have certificate as long as you have your Nepa bill to present to INEC. I’m afraid it will get worse.

DR.PENKING™ 🇦🇺🇳🇬 #PeterObi@drpenking
What Tinubu is doing right now was done by Buhari in 2019. It is a distraction tactic. Buhari did the same thing and almost at the eve of elections when everybody had thought that he’d be disqualified, WAEC printed certificate for him. Don’t be distracted.

Demola Olarewaju@DemolaRewaju
In October 1999, thugs suspected to be loyal to Bola Tinubu attacked Gani Fawehinmi in court over his case of perjury against him.

If only for his memory and the fragile moral fiber of our society, lawyers should massively challenge Tinubu’s credential ahead of 2023.

Taiwo_Ajakaye@dmightyangel
Lol, Tinubu wey no go School before he ride to the top positions in Mobil and Deloitte Limited. After that he come become Senator for Naija in 1993and come become Lagos Governor for 8 years without going to School🤣🤣🤣🤣

Ekonyohe Peter Obi ❤@Benue_Parrot
So because Soldiers invaded Tinubu’s house and stole his certificates, he is now threatening to send we the Youths into the Army and feed us agbado and cassava as punishment. Grandpa, no be we steal your childhood memories ooo. You are bullying us. 😭
…
Mr Governor
Bode George

ᴏnowvo_ᴏᴍᴀsᴏʀᴏ ᴀʟɪ ᴏᴠɪᴇ ™☤🇳🇬@OvieNews
Brilliant Treasurer at Mobil Nigeria and quick-witted accountant with a foreign firm known for forensic accounting, Deloitte . And you believe he accomplished all these feats without a primary and secondary school education . Asiwaju Bola Ahmed Tinubu!

Demola Olarewaju@DemolaRewaju
Bola Tinubu’s Presidency will be the official institutionalisation of forgery, dubiousness, duplicity and fraud in politics in Nigeria and it is our collective duty to stop him.

Nothing about that man has ever been straightforward and a victory for him is defeat for society.

Daniel Regha@DanielRegha
Just like Buhari, Tinubu has no certificate; He claims it was stolen. Reports also have it that he didn’t attend primary or secondary school which means there’s a case of forgery. In a sane country, INEC will disqualify Tinubu cos of this, but this is Nigeria where anything goes.

Reno Omokri@renoomokri
The only reason Tinubu is now claiming that he did not attend any primary or secondary school is because if he comes clean about his early education, it will expose other lies he has told Nigerians about his true age and name. Tinubu, what is your real name and age?

Henry Shield@henryshield
All a serious opposition needs to do is obtain Tinubu’s former educational declarations to INEC and sue him for perjury. The clown would be disqualified. As simple as ABC, but you have jokers as Nigerian opposition.

Ajị bussu onye mpiawa azu🏳️‍🌈@AfamDeluxo
Bola Tinubu should be in jail for committing perjury as he abandons his earlier claim of attending primary school, sworn in an affidavit, to run for Governor but now claims not to have attended primary school. Anyone educated person supporting this man is a functional illiterate.

Royalty@royaltyuso
A Tinubu presidency will be the biggest heist in history; this is why it won’t happen and can’t happen.

Akin Akinwale@mrlurvy
Bola Ahmed Tinubu : The First And Only Man That Didn’t Go To School But Ended Up Working at ExxonMobil.

Abubakar Hamma Galafi@Galafi_Hamma
Chief Bode George has always challenged Tinubu to just show one of his Classmates during his primary School days.

With this Certificates issue arising, means Bode George is vindicated.

FS Yusuf@FS_Yusuf_
So what is real about Tinubu?

Femi Aribisala@femiaribisala
I wrote in 2014 that Tinubu’s affidavit that he attended Government College Ibadan (GCI) between 1965 and 1968 is false. I was in GCI from 1962-1968, and Tinubu was not there. Tinubu now tells INEC he did not go to primary or secondary school. This means he committed perjury.