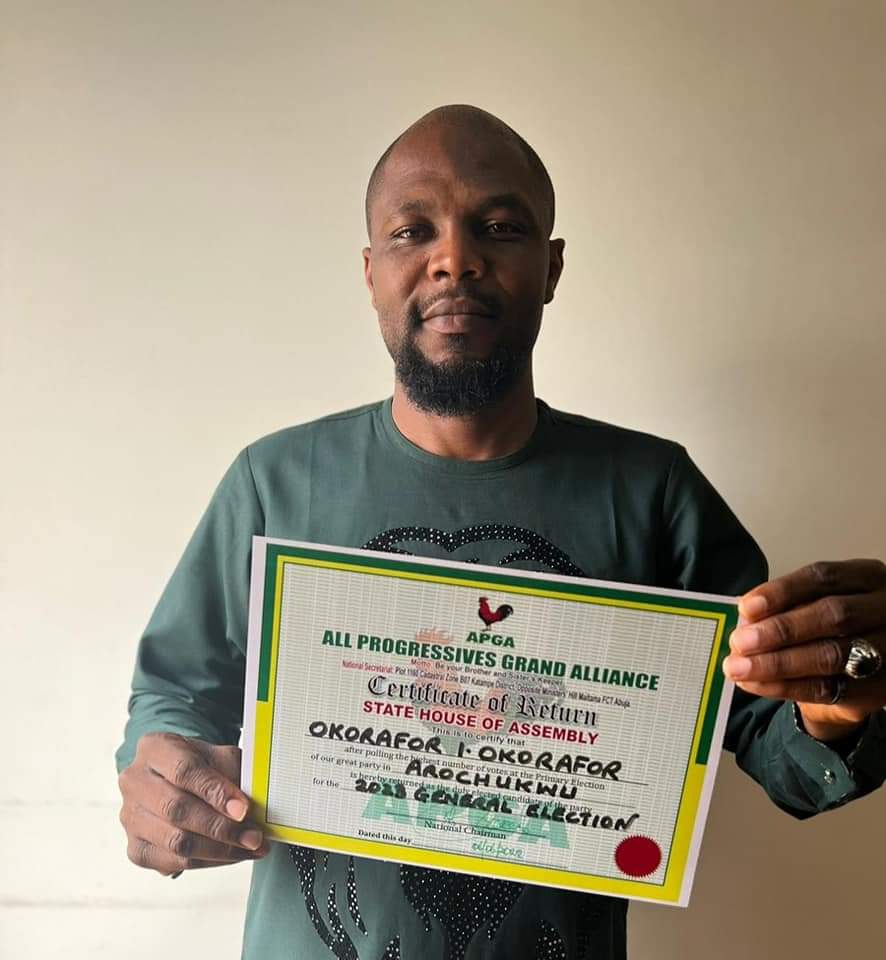 All Progressive Grand Alliance, APGA has issued certificate of return to Prince Ike Okorafor as the duly elected candidate for Arochukwu Constituency of Abia state House of Assembly.

The party had earlier issued Mr. Ifeanyi Elvis Ogbonna same certificate for the Constituency ahead of the 2023 general elections, which Okoroafor said it was based on false information.

Speaking with ABN TV on Friday, Mr. Ike Okorafor said political power is not a chieftaincy titled, noting that getting his certificate of return is one of the most difficult battles he has faced in life.

According to him, he fought one of the political deities in Abia state.

According to him, the primary election which produced him was duly monitored by INEC as conducted by electoral officers from the national leadership of APGA.

He said Mr. Ifeanyi Elvis Ogbonna his opponent did not show up for the election, noting that one Mr. Felix Ihenkoro who was the returning officer conducted the election in which he emerged the winner.

According to him, he was surprised when his name was missing at the final result published by APGA.

“I was very surprised, before you know it, a certificate of return was issued to someone who did not participate in the primary election.

“So I went to INEC to request for the certified true copy of the primaries, it was issued. I approached the party leadership at the national level, I made my point, they saw reasons.

“I commend the leadership of APGA under Ozonkpu Victor Oye, he saw the truth and he followed it,” he said.

He therefore called on aggrieved aspirants to join hands and ensure the victory of APGA in Arochukwu State Constituency.