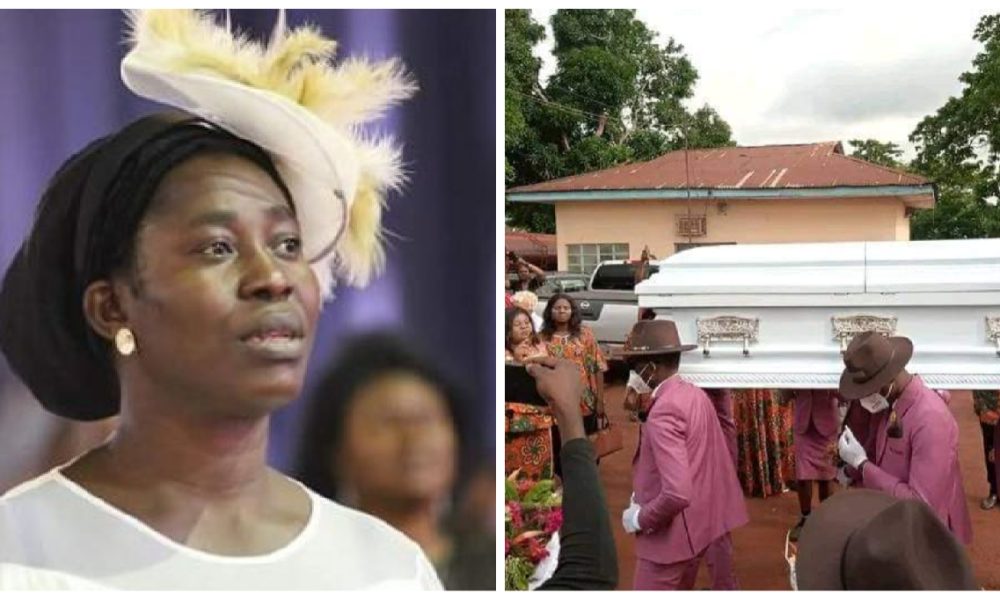 Family members, colleagues and lovers of late gospel singer, Osinachi Nwachukwu could not hold their tears on Saturday when her body arrived at her hometown in Abia State for final burial.

It was recalls that the gospel singer died on 4 April 2022. There have been controversies over the cause of her death.

Osinachi was said to have died as a result of domestic violence by her husband, Peter Nwachukwu. The accused has, however, denied the claims saying his wife died of cancer.

Two months have passed since the incident and the singer’s body was received in her hometown in Amakpoke Umuaku community, Abia this afternoon for burial.

Naija News understands that the Ekwueme crooner was until her death a chorister at the headquarters of the Dunamis International Gospel Center in Abuja.

See photos from the burial event below:

It was  understands that a night of prayer was held in Isochi, Umunoci in Abia state yesterday, June 24. Reports claimed that her husband, Mr Nwachukwu will not be present at the event.

Recall Nwachukwu is still being tried in court after the family of the wife accused him of frustrating their daughter’s life to death.