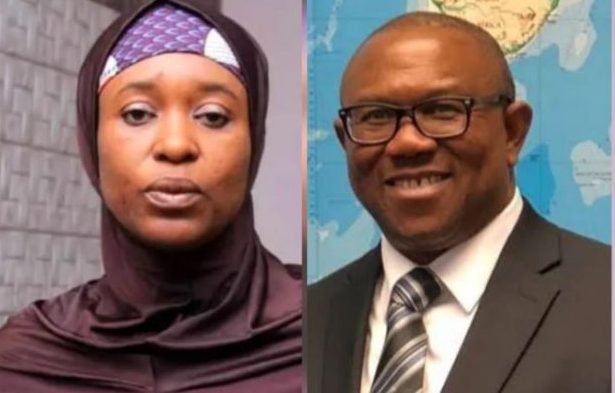 A sociopolitical activist Aisha Yesufu has berated the presidential candidate of the Labour Party, LP, for ‘standing with’ the Ike Ekweremadu and his family following their arrest in London over allegations of organ harvesting.

The former Deputy Senate President, Dr. Ike Ekweremadu and his wife Beatrice Nwanneka Ekweremadu were arrested in the UK for allegedly facilitating the travel of another person with a view to exploit them and harvest their organs.

The couple were arraigned before a magistrate in a UK court and subsequently denied bail after their not guilty plea.

And in reaction to the news of the Ekweremmadu’s arrest, Obi in a tweet expressed his sympathies and prayed for their daughter’s healing while calling for justice to take its course.

The LP flagbearer tweeted, “My family and I are with the Ekweremadu’s over their travail. We join all men of goodwill in praying for the healing of their daughter and commit them into God’s hand for justice to be done.”

However, Aisha Yesufu feels Obi’s reaction wasn’t well explained and sounded like one of Buhari’s statements, which she found difficult to interpret for the last seven years.

She wondered why Obi never mentioned the 15-year-old boy involved in the story.

Aisha tweeted, “This is not good! I have spent 7 years getting an explanation from others of what Buhari actually means to say and for others to start doing it again with Obi is absolute BS!

“You can feel empathy and sympathy for the girl that is sick and also feel concern for the boy.”