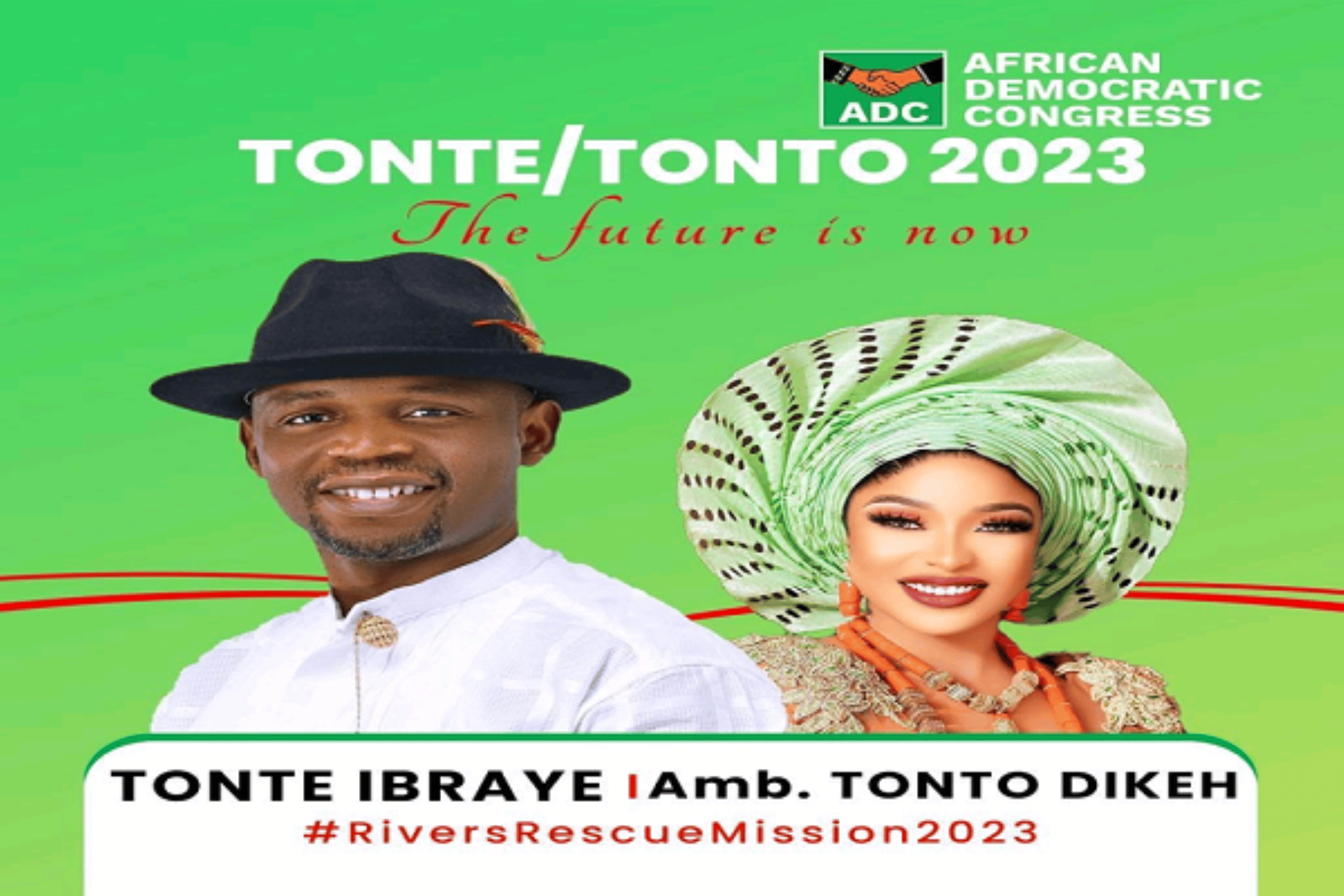 A moment in the viral video that caught our attention, was Tonto Dikeh’s facial expression after the Governorship candidate handed back her purse to her at the public event.

Tonto Dikeh stood up to make her speech and introduces herself as ‘King Tonto,’ calling for youths, and women’s inclusion in government.

She said the inclusion of youths and women is something that people need to talk about.

Walking back to her seat, the governorship candidate, Tonte Ibraye, kindly gave the actress her purse but she seemed a bit uncomfortable with it as she gave a wired expression and they laughed over it.

It was earlier reported that Ibraye and Dikeh received their certificates of Return from the party’s National Chairman, Ralph Okey Nwosu, in Abuja on Friday.

Nwosu stated that the presentation of the certificates showed the readiness of the party to start mobilising for support towards victory at the general election.

The certificate presentation was witnessed by members of the party’s National Working Committee and critical party stakeholders among others.