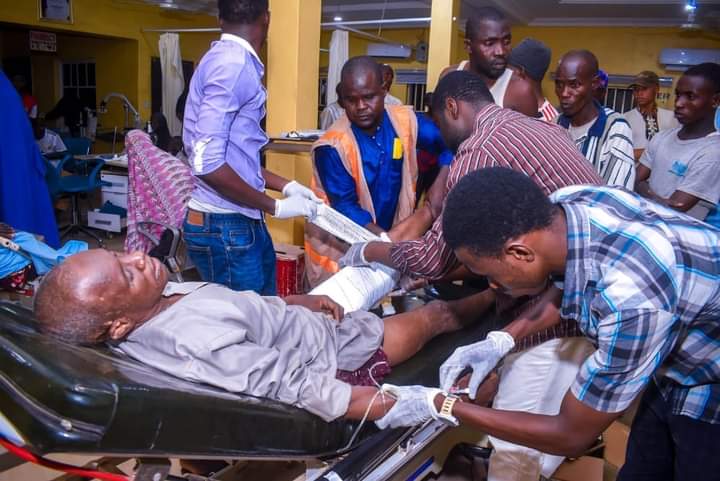 He said the incident, which occurred at 12:30 midnight of Sunday, also resulted to flooding in communities within the metropolis, leading to building collapse.

Among the injured victims, according to him, were 6 adults, 7 children, as well as 4 infants.

“Around 12:30 Midnight of Sunday after a heavy rainfall in Damaturu, which resulted to flooding in communities behind white House and Ali Marami areas, Yobe SEMA received a distress call of building collapse with children and infants trapped in the collapse building.

“With the support of volunteers, SEMA was able to evacuate all the 17 victims from the 4 affected households.

“The victims are currently on admission and receiving medical treatment free at the Yobe State Specialist Hospital, Damaturu”, he said.

He lauded medical team at the State Specialist Hospital’s Accident and Emergency unit for their tremendous effort in responding to the victims.