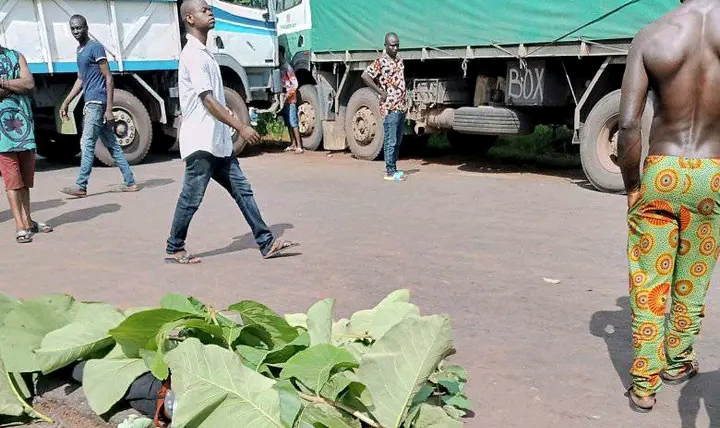 Operatives of the Nigeria Police allegedly shot a truck driver dead at a checkpoint in Benue state.

The police officers who were mounting road block shot dead the trailer driver who was heading out of Anyiin in Logo LGA to Katsina-Ala LGA of Benue State.

An eyewitness account revealed that the officers stopped the driver and asked for a bribe of three thousand naira (N3000).

It was gathered that the driver rather gave them N1500, complaining that he did not have up to a full truck to give the amount they were asking.

An argument broke out in the process and one of the officers pulled the trigger, killing the driver on the spot.

The lifeless body of the driver was left lying on the road as at the time of this report.

At the moment, motorists are stranded as aggrieved drivers place a total blockade on the road.