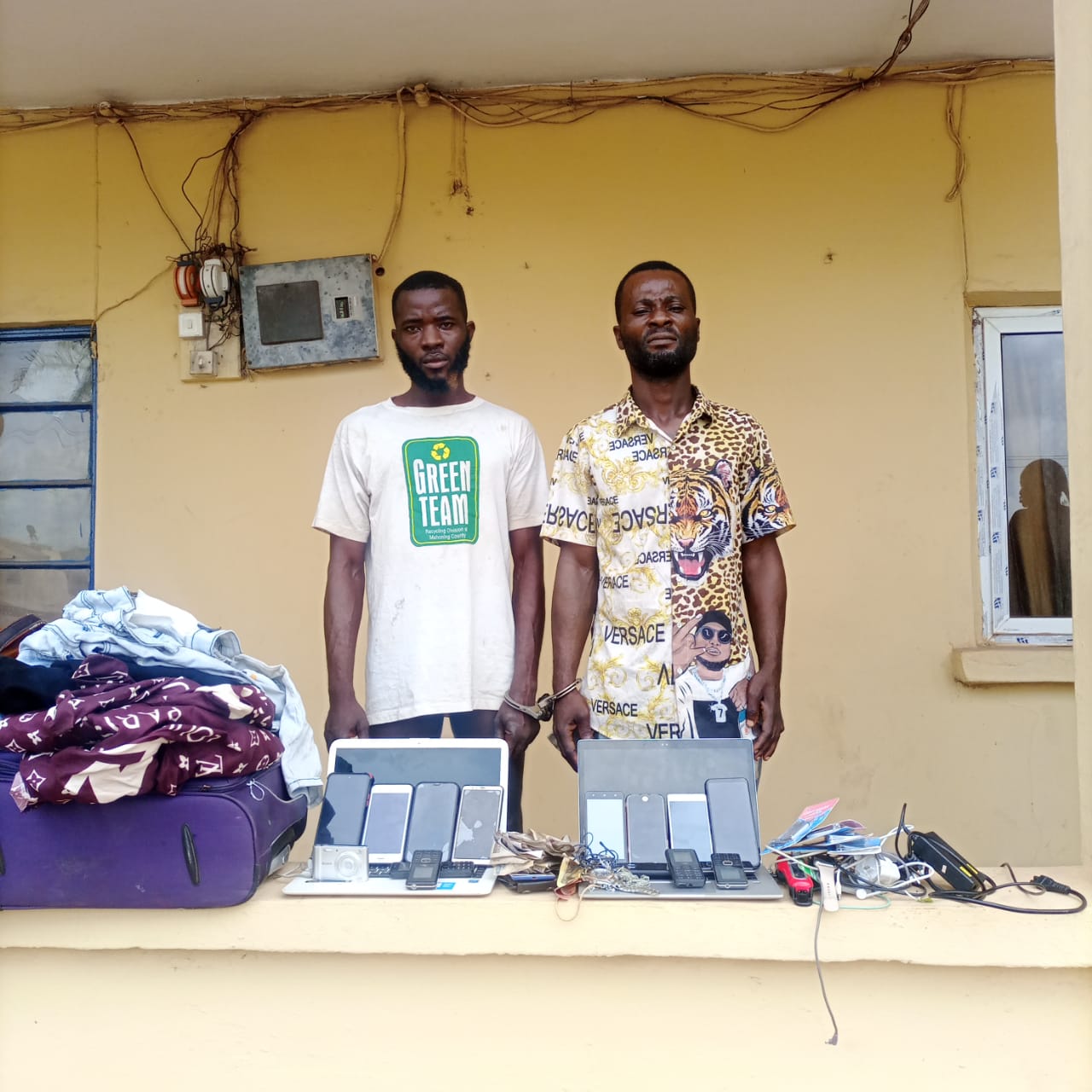 Two men said to be ex-convicts have been nabbed for alleged armed robbery in Ogun State.

The police on Thursday said that they arrested 37-year-old Wasiu Opeyemi of Ijebu-Ode and 27-year-old Noah Israel of Benue State in Mowe area of Ogun, while “coming from a robbery operation which they carried out in Ogbomoso Oyo State.”

They were apprehended by men of the State anti-kidnapping unit, who were on routine patrol of the Mowe area of the Lagos-Ibadan highway.

It was  learnt that they were stopped for questioning on a motorcycle due to the suspicious manner in which they appeared.

The Ogun State police spokesman, Abimbola Oyeyemi, said the suspects attempted to escape, but they were quickly surrounded and moved to the nearest police station.

While being interrogated, Oyeyemi disclosed that the two men “confessed to the police that they were coming from Ogbomoso in Oyo State where they had gone to carry out a robbery operation.”