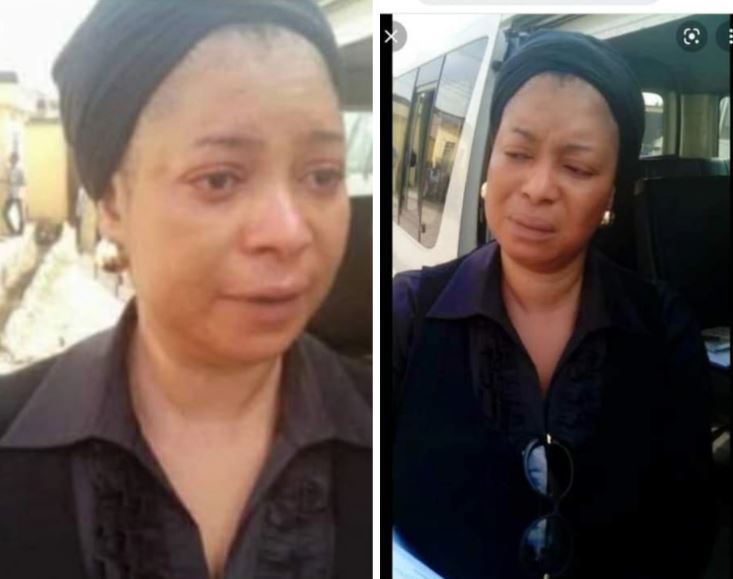 The Economic and Financial Crimes Commission arraigned Achebe and her company for the for offences bordering on issuance of dud cheques.

A woman identified as Stella Achebe and her company, Infinite Favour Nigeria Limited have been convicted by Justice Sodetan Ogunsanya of the Lagos State High Court sitting in Ikeja on Monday, June 27, for N10m fraud.

The Economic and Financial Crimes Commission arraigned Achebe and her company for the for offences bordering on issuance of dud cheques, contrary to Section 1(1)(b) of the Dishonoured Cheques (Offences) Act 2004, and obtaining credit by fraud contrary to Section 313(1)(a) of the Criminal Law of Lagos State 2011.

The defendant was arraigned on an amended four-count charge dated February 27, 2015.

One of the charges reads:

“Stella Achebe and Infinite Favour Nigeria Limited sometime in April 2013 at Lagos, within the Ikeja Judicial Division knowingly issued a Diamond Bank cheque dated 30th April, 2013 for the sum of N10 million only payable to Leinadibanie Nigeria Limited through its Director, Daniel Ebinoh, which when presented for payment within three months of issuance was dishonoured on the grounds that no funds or insufficient funds were standing to your credit in the account at the bank on which the cheque was drawn.”

In the course of the trial, the prosecuting counsel, G.C. Akaogu, called four witnesses and tendered several documentary evidence to prove the case against the defendants.

The prosecution through the witnesses revealed that the defendant had only N3,129.77 in her account as at the time she issued the cheques for the said amount.

The prosecution also presented evidence to prove that the defendant merely obtained the said money by false pretence as she was not into oil and gas business as she claimed.

The defendant, who said she was a lawyer called to the Nigeria Bar in 2002, also took to the dock to defend herself, claiming that she was into oil and gas business.

She had claimed that the money obtained from her victim who petitioned the EFCC was for the supply of automotive gas oil, AGO, from MRS.

However, in the course of trial, the defendant stopped coming to court.

On February 27, 2019, when parties adopted their written addresses, the court, following an application by the prosecution, revoked the bail of the defendant, and ordered that she be declared wanted. The court issued a bench warrant for her arrest, and this prompted the adjournment of judgement in the case.

However, since then, the defendant has been absent in court.

Delivering judgement on June 27, 2022, Justice Ogunsanya, who held that “it is clear that the defendant has jumped bail, and all efforts by her counsel to locate her, has proved abortive”, noted that the delay in the judgement was due to the “deliberate and willful refusal of the defendant to show face in court”

The Judge further held that the prosecution through its witnesses and documents tendered, “proved by cogent, credible and convincing evidence beyond every reasonable doubt”, all the charges filed against her, and so found her and her company “guilty as charged”.

Following her conviction, Justice Ogunsanya adjourned sentencing “till when the defendant is produced”