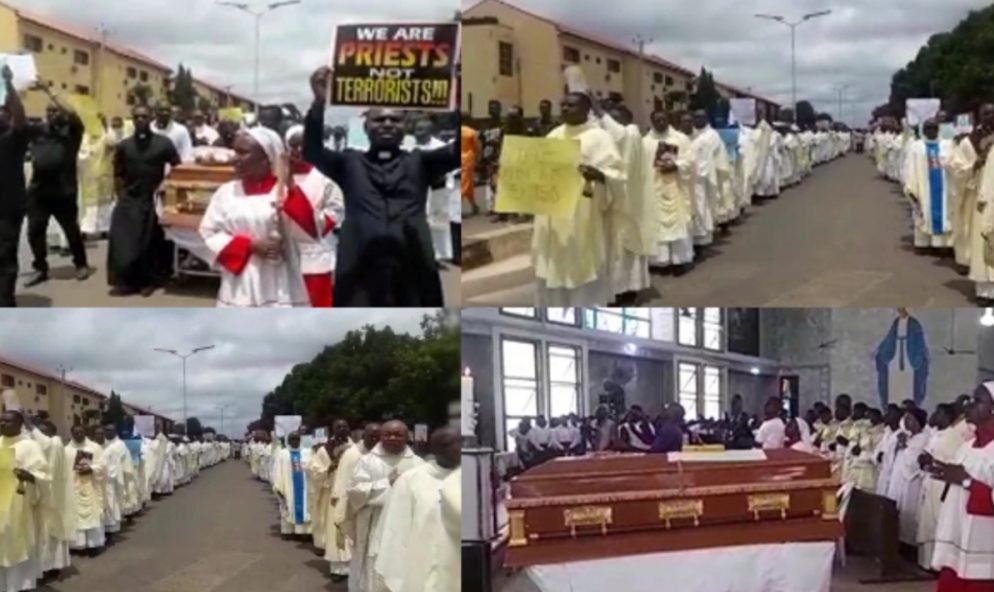 Borogo was buried on Thursday as over 700 Catholic priests held a peaceful protest during the burial.

Rev Fr. Vitus Borogo, the Catholic Priest who was killed by armed bandits in Kaduna State, has been buried amid tears.

It was reported that the incident happened on Saturday at the Prison Farm, Kujama, along Kaduna-Kachia Road, after a raid on the farm.

Borogo was buried on Thursday as over 700 Catholic priests held a peaceful protest during the burial.

Speaking at the Queen of Apostle Catholic Church, Archbishop of Kaduna Archdiocese, Most Reverend Matthew Ndagoso, lamented the rising insecurity in the country.

He stated that Nigeria has become a failed state under President Muhammadu Buhari due to the country’s security condition.

According to him, Nigerians live in perpetual fear and have become hopeless due to the rising attacks and killings, while the Federal Government seems to be incapacitated to tackle the problem.