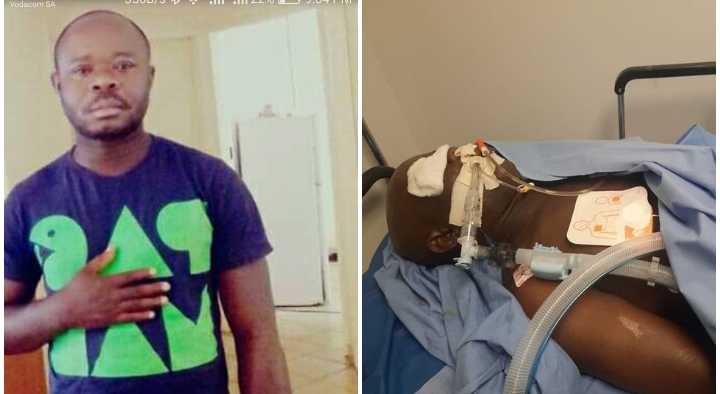 Reports stated that the deceased was allegedly arrested, detained and brutally beaten by the police officers.

The deceased’s wife said her husband suffered untold brutality at the hands of the members of the police officers and later succumbed to injuries he sustained on his head due to internal bleeding in the early hours on Wednesday, June 22, at Akasia Netcare Centre in Pretoria.

A statement by Nigerian Citizens’ Association in South Africa (NICASA) seen on Facebook, said they are waiting for further report as Independent Police Investigative Directorate (IPID) is investigating the matter.

“Greetings Great Nigerians! We regret to announce to the public on the brutal killing of a 42 year old Nigerian National, Mr Lucky Ndubisi Chikezie by the South African Police Service (SAPS)” the statement read.

“The deceased was harassed, detained and brutally beaten by the Tswani Metro Police Department ( TMPD ) and extra 5 of their criminal friends that was reported not to be Police but they always used them together to rub people and harassing people.

“According to the wife of the deceased, Mr Chikezie suffered untold brutality in the hands of the (TMPD) officers and their gang and later succumbed to injuries he sustained on his hand due to internal bleeding in the early hour of Wednesday (22-06-2022) at Akasia Netcare center.

“NICASA is pleading for justice for Mr Lucky Chikezie as we regret to announce his death while waiting for further reports as Independent Police Investigative Directorate (IPID) undergoes with due process of investigation.

“Our sincere condolences to the wife and family and friends of the deceased. May the almighty God grant all concerned the fortitude to bear the irreparable loss.

“Please Note: We should practice calm and no violence while waiting for further reports from SAPS.