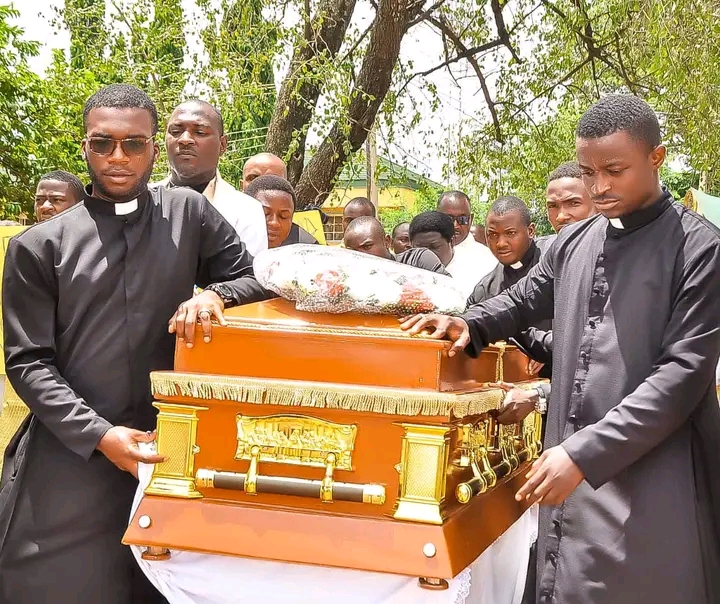 Rev. Fr. Vitus Borogo who was murdered by Terrorists on Saturday 25th June, 2022, has been laid to rest.

The clergyman was killed at Prison Farm, Kujama, along Kaduna – Kachia Road, after a raid on the farm.

The funeral of the slain reverend father was attended by clergy, family and friends.

Speaking at the Queen of Apostle Catholic Church, Archbishop of Kaduna Archdiocese, Most Reverend Matthew Ndagoso, lamented the rising insecurity in the country.

He stated that Nigeria has become a failed state under President Muhammadu Buhari due to the country’s security condition.

According to him, Nigerians live in perpetual fear and have become hopeless due to the rising attacks and killings, while the Federal Government seems to be incapacitated to tackle the problem.