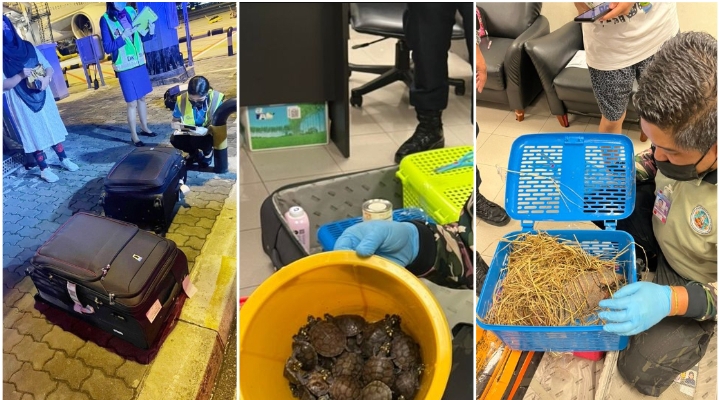 Two women have been arrested at Suvarnabhumi Airport in Thailand after they were caught trying to sneak more than 100 live animals onto a plane.

The suspects, identified as Nithya Raja, 38, and Zakia Sulthana Ebrahim, 24, had 109 animals distributed between two cases at the airport on Monday, June 27.

Shocked airport staff found the creatures inside the luggage after an X-ray inspection.

Raja and Ebrahim were charged with violating the Wildlife Conservation and Protection Act of 2019, reports Khong-ngern.