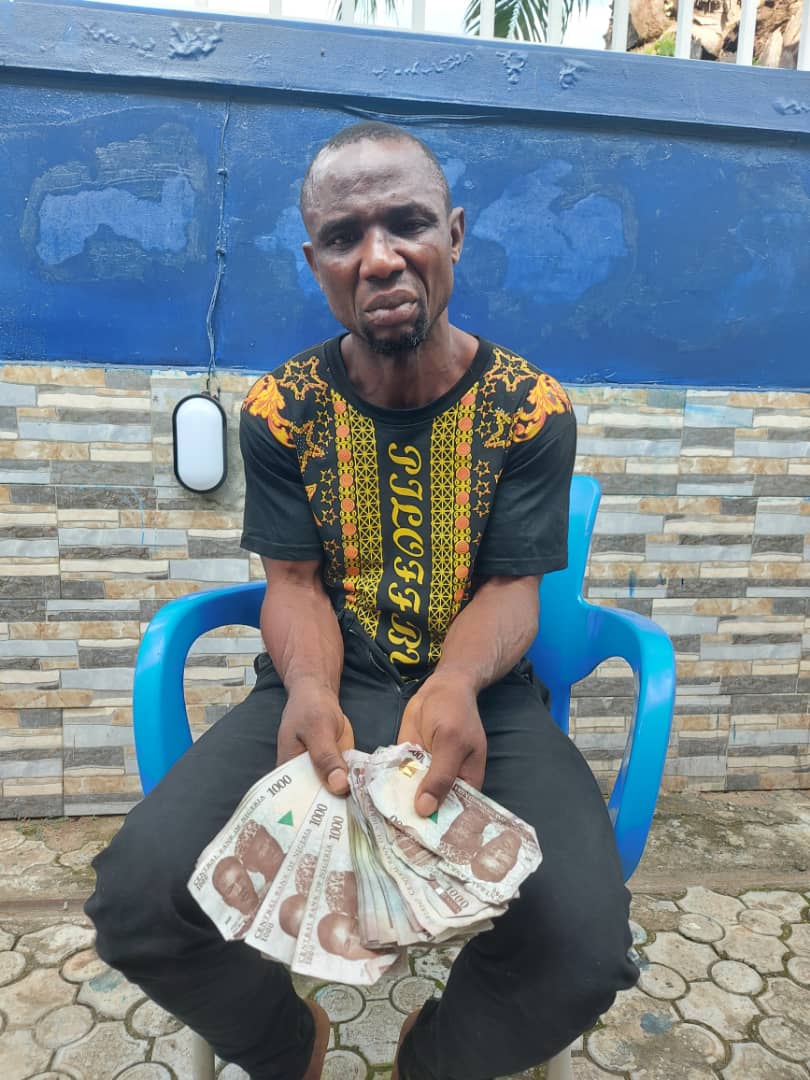 Operatives of the Eagle-Net Special Squad have rescued and arrested a 45-year-old man, Michael Ozor who allegedly made a POS transaction with fake naira notes with the intent to defraud the POS Operator.

He was rescued from the hands of an angry mob in Delta State.

The Police Operatives were said to be on routine patrol along Asaba/Onitsha Bridge when they sighted a mob attacking a man at Oko New International Market in Asaba.

The Police team dashed into the scene and rescued the indigene of Abakiliki in Ebonyi State.

The Police image maker said, “The suspect was arrested and fake naira notes to the tune of eighty thousand was recovered from him.”

According to him, “investigation is ongoing.”