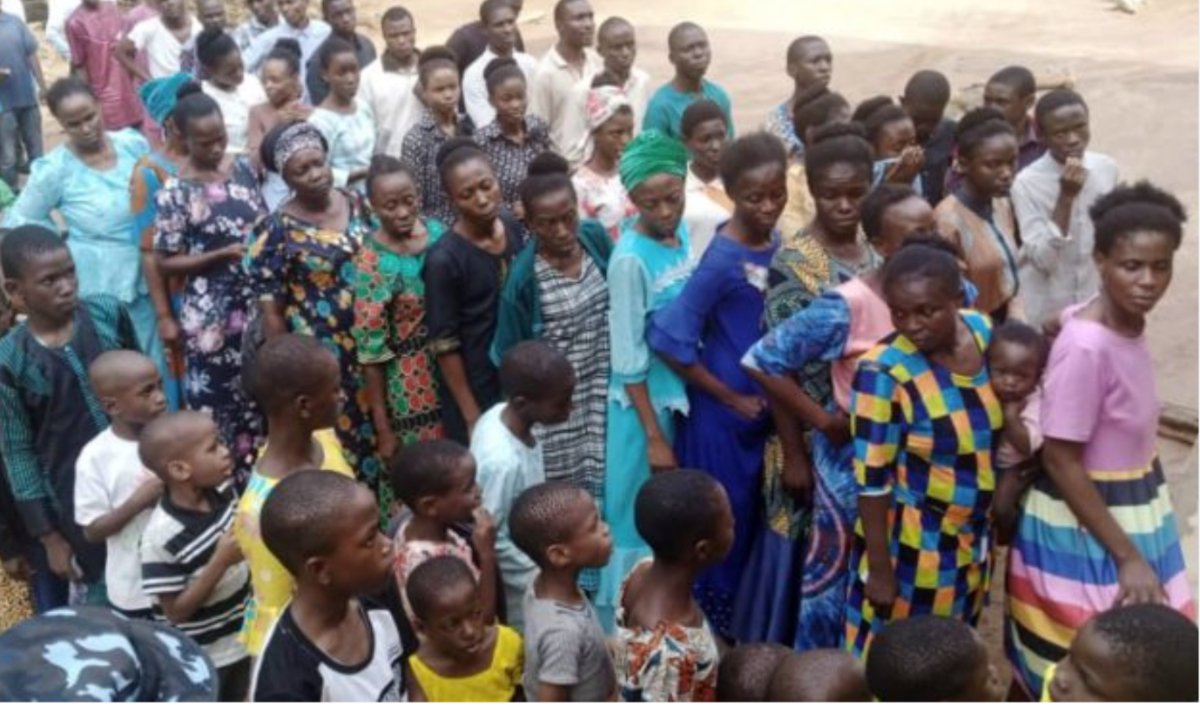 Following the rescue of some children who were kidnapped and kept in a dungeon of a church in Ondo town, headquarters of Ondo West Local Government Area of Ondo State, the police command in the state has revealed that a total of of 77 persons were rescued.

According to Police Public Relations Officer in the state, SP Funmilayo Odunlami, the victims were deceived by Pastor Josiah Peter Asumosa, who is an Assistant Pastor of the church identified as Whole Bible Believers Church, popularly known as ‘Ondo Church’.

It was reported how the victims were rescued on Friday night in the church at Valentino axis of Ondo town.

Odunlami disclosed that among the victims were 26 children, 8 teenagers and 43 adult members of the church.

She maintained that the rescue was carried following intelligence report gathered by police operatives at Fagun Division of the town.

The PPRO added that Asumosa had brainwashed the victims that rapture will take place in April which he later said it has been changed to September, 2022.

The pastor was said to have further told the young members of his church to obey only their “parents in the Lord” and not their biological parents.

“Policemen were sent to the Church to invite the Pastor and the members of the Church on sighting the Police attacked them.”

Meanwhile, the family of one of the victims who were at the scene when the police operatives arrived said their daughter a part there student, dropped out of school due to the strange teachings of the Pastor.

They said their daughter had left home since January, 2022 and had been living in the Church.

While stating that investigation had commenced and the outcome will be made known to the public, Odunlami said two pastors connected with the act were been taken into police custody.