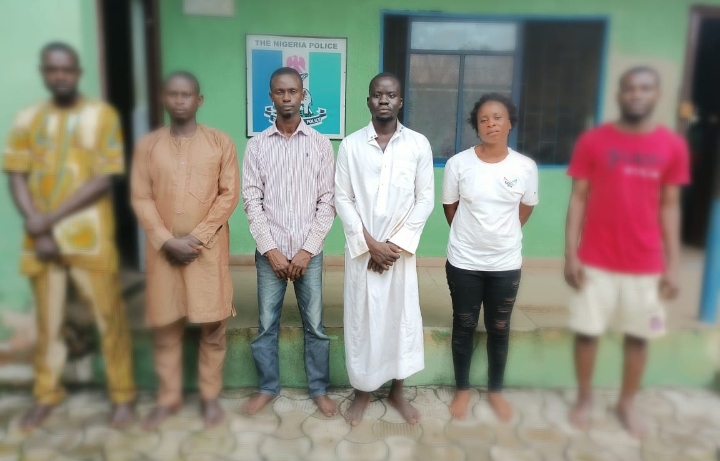 Police arrests 6 members of a notorious bank robbery gang after concluding plans to execute a bloody bank robbery attack on a new generation bank within the Ibadan metropolis in Oyo State.

Similarly, police has successfully effected the arrest of 5 members of a fraud syndicate specialized in hacking into bank accounts of individuals and corporate bodies to steal monies.

The suspects were apprehended while attempting to hack into a company’s account and steal the sum of 3.4 Billion Naira.

The IRT Operatives equally arrested a notorious arms dealers and two kidnap suspects in Kaduna leading to the release of two kidnapped victims in their custody, just to mention a few.

The Inspector-General of Police has therefore tasked operatives to embrace wholistically, effective intelligence gathering, which aids the prevention of crime and criminal activities within the society.

All suspects in connection with the above mentioned cases will be charged to court upon conclusion of investigations while other suspects arrested across the country are being prosecuted at various courts of competent jurisdictions in the country.