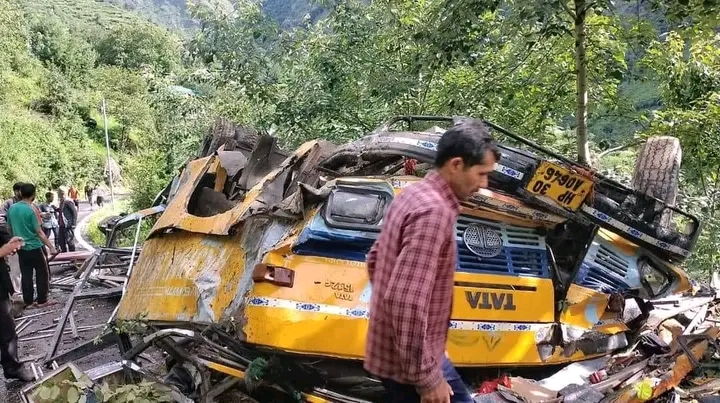 No fewer than 16 people have died after a bus fell into a gorge in Himachal Pradesh’s Kullu on Monday morning.

Several school children are believed to be among those who have lost their lives. More than 40 people were travelling in the bus, bound for Sainj, according to reports.

The incident took place around 8 AM. The bus was carrying nearly 45 passengers. Several of them are feared injured in the accident.

The site of the mishap is located nearly 60 km from the district headquarters. Rescue operations are underway and three injured have been rescued so far.

Prime Minister Narendra Modi called the accident “heart-rending” and offered his condolences to the bereaved families. He also announced ex gratia of Rs 2 lakh for the next of kin of the deceased and Rs 50,000 for the wounded.

“The bus accident in Kullu, Himachal Pradesh is heart-rending. In this tragic hour my thoughts are with the bereaved families. I hope those injured recover at the earliest. The local administration is providing all possible assistance to those affected,” the Prime Minister’s Office said in a tweet.

Kullu Deputy Commissioner Ashutosh Garg said the Sainj bound bus fell into the gorge near Jangla village at around 8.30 am.

District officials and rescue teams have reached the spot, he said, adding the injured were being taken to a nearby hospital.

Prime Minister Narendra Modi announced an ex-gratia of Rs 2 lakh each from Prime Minister’s National Relief Fund (PMNRF) for the next of kin of those who have lost their lives while Rs. 50,000 each to injured.