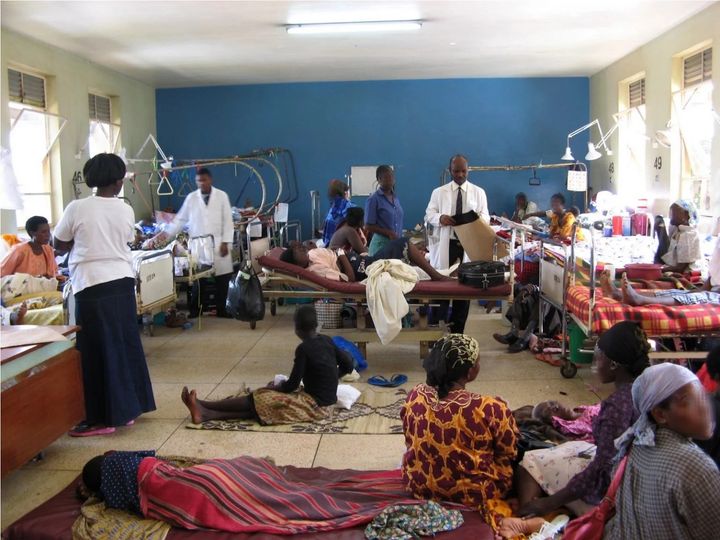 An official of a government-owned hospital has made an explosive revelation about Nigeria’s health sector.

The doctor deplored the poor state of hospitals in the country, alerting that the public healthcare system is deteriorating.

The senior staff disclosed that patients now raise cash for diesel while the government draws out the funds which hospitals generate internally.

The official, who craved anonymity, reacted to the story of power outage at the University of Port Harcourt Teaching Hospital (UPTH).

There are concerns over the news that about 14 babies placed inside incubators passed away recently at the UPTH due to unstable electricity.

Surgery procedures were also affected, while patients were allegedly referred to private hospitals.

Furthermore, relatives said they used phone lights to assist doctors and nurses during the treatment of persons rushed to the Accident and Emergency Ward.

Reacting, UPTH confirmed there was a power failure triggered by a “faulty transformer” but that it did not affect operations.

The management clarified that “the standby generator serviced the hospital for the period, with all emergency areas fully powered”.

Our source appealed to the authorities to urgently intervene to save lives and restore public confidence in government establishments.

Providing an insight into what’s going on, the medical expert said patients have been gathering money to buy diesel.

The official warned that the situation may degenerate because the government is taking funds from its health facilities.

“When the money goes to the center (government), it doesn’t come back to the hospitals.

“It is going to be worse because the government is now mopping all funds from the hospitals.

“Remita will start collecting money in some hospitals from this week”, the source divulged.

Remita is a payment solution used by companies, federal and State administrations to receive payment for bills.

The hospital explained that the levy was caused by the hike in electricity tariff and the increasing reliance on diesel to power generating plants.

Ministry of Health’s Deputy Director, Media and Public Relations, Ahmadu Chindaya said he could not comment on the questions regarding the contribution for diesel and the UPTH issue.

“I am hearing it for the first time, I don’t know these things you are talking about. I cannot answer what I don’t know”, Chindaya said.

The spokesman, however, suggested that enquiries be directed to “relevant directors” at the ministry’s headquarters in Abuja.

Lamenting his experience, Peter, a citizen working for a logistics company, recalled how he had to “buy everything” during the treatment of a relative.

“This happened at the Lagos University Teaching Hospital (LUTH) in Idi-Araba, Surulere. It was in July 2020 during the COVID-19 pandemic.

“I went there almost every day for about two weeks. I bought/paid for face masks, hand gloves, cotton wool, syringes, drip and bed space.

“I was always angry but I had no choice but to buy. Your patient wouldn’t be treated if you don’t do these things”, the youth fumed.

Meanwhile, Nigerians have called for an investigation into the reported demise of infants at the UPTH.

Just over one month ago, the plight of a bereaved citizen, who called out the hospital, gained attention.

“You fought a good fight and you ended well. Nigeria failed you, our health system failed you, UPTH failed you. Keep on resting mum.”

In May 2020, during the lockdown for coronavirus containment, Governor Nyesom Wike declared that the hospital was in a bad shape.

The Rivers helmsman spoke while clarifying his failure to participate in the commissioning of the isolation, testing and treatment centre.

“If you have anybody that is sick, you can’t take the person there because it is so bad that you can’t even touch the walls.

“My father-in-law was there. When I went to see him, I shouted and asked what he was doing there”, Wike said.