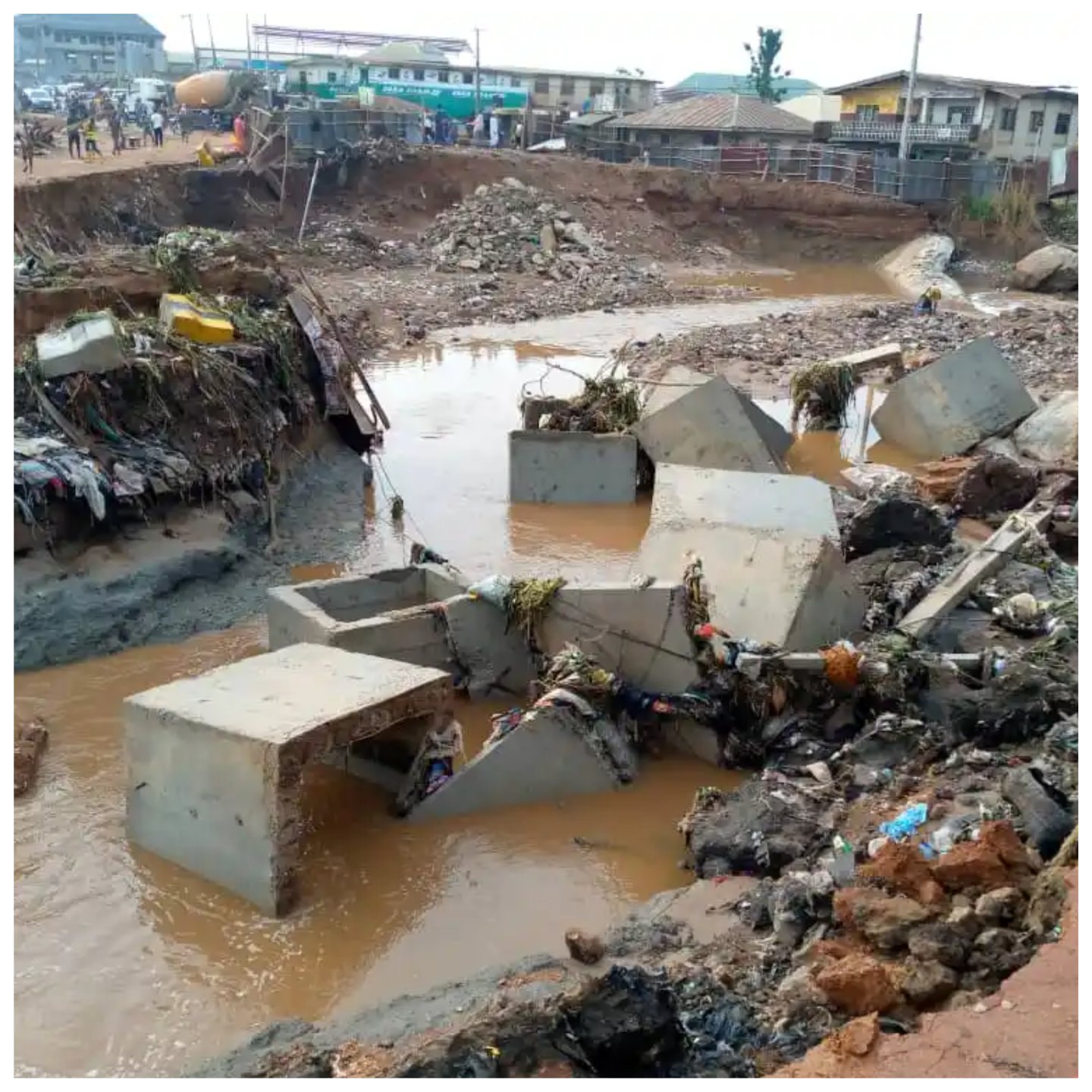 The only bridge linking Eruwa with Lanlate town of Oyo State has collapsed.

It was  gathered that the bridge collapsed in the early hours of Tuesday as a result of heavy rainfall.

Eruwa and Lanlate are in Ibarapa East Local Government Area.

One of the residents of the area, Adejumo Ogundele, urged the state government to urgently fix the bridge.

Ogundele, who spoke on Tuesday said, “it’s true. We saw the collapsed bridge this morning due to heavy rainfall. The bridge has been in bad condition since. We hope the state government will fix it as soon as possible, because a journey of a few minutes will now take hours with the usage of adjoining roads.”

It was gathered that the Speaker of the State House of Assembly, Adebo Ogundoyin has directed two commissioners in the State to immediately inspect the Eruwa/Lanlate bridge.

Ogundoyin gave the order on Tuesday

Ogundoyin, who is an indigene of Eruwa town, said that he has directed the Commissioner for Works and Transport and his counterpart in the Ministry of Local Government and Chieftaincy Matters to immediately inspect the bridge washed away by flood in the early hours of Tuesday.

He urged the duo to take urgent action on how to solve the problem faced by the people of the area.

“Nature was at work in my constituency. We are, however, thankful to God that it happened in the early hours of Tuesday and no life was lost.

“I have approached the State Commissioners for Works and Transport, Prof Dawud Sangodoyin and that of Local Government and Chieftaincy Matters, Chief Bayo Lawal and directed them to proceed on an inspection tour of the damaged bridge with a view to taking urgent action on it.

“The damage has no doubt negatively affected the movement of our people in the two towns.

“This has even affected our students who are writing their NECO and WAEC as it is now virtually impossible to cross the stream,” he lamented.