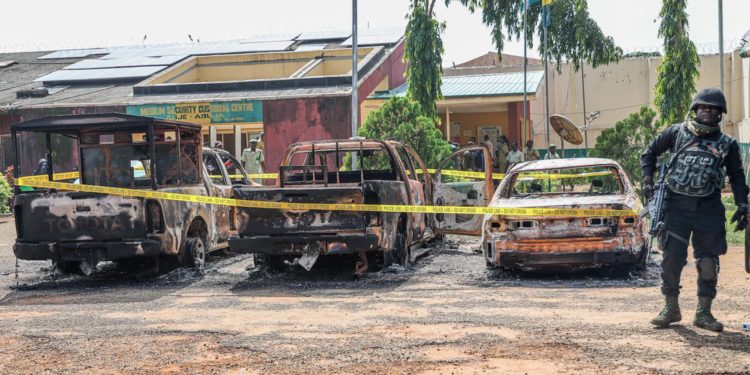 No fewer than 551 out of the 879 inmates that escaped from the Kuje Medium Security Custodial Centre have been recaptured after the Tuesday night attack on the facility.

As at the time of this report, 328 inmates were still at large while four inmates and an operative of the Nigeria Security and Civil Defence Corps (NSCDC) paid the supremacy price and 16 inmates sustained various degrees of injuries and are being treated at the moment.

However, efforts were ongoing to recapture all fleeing inmates