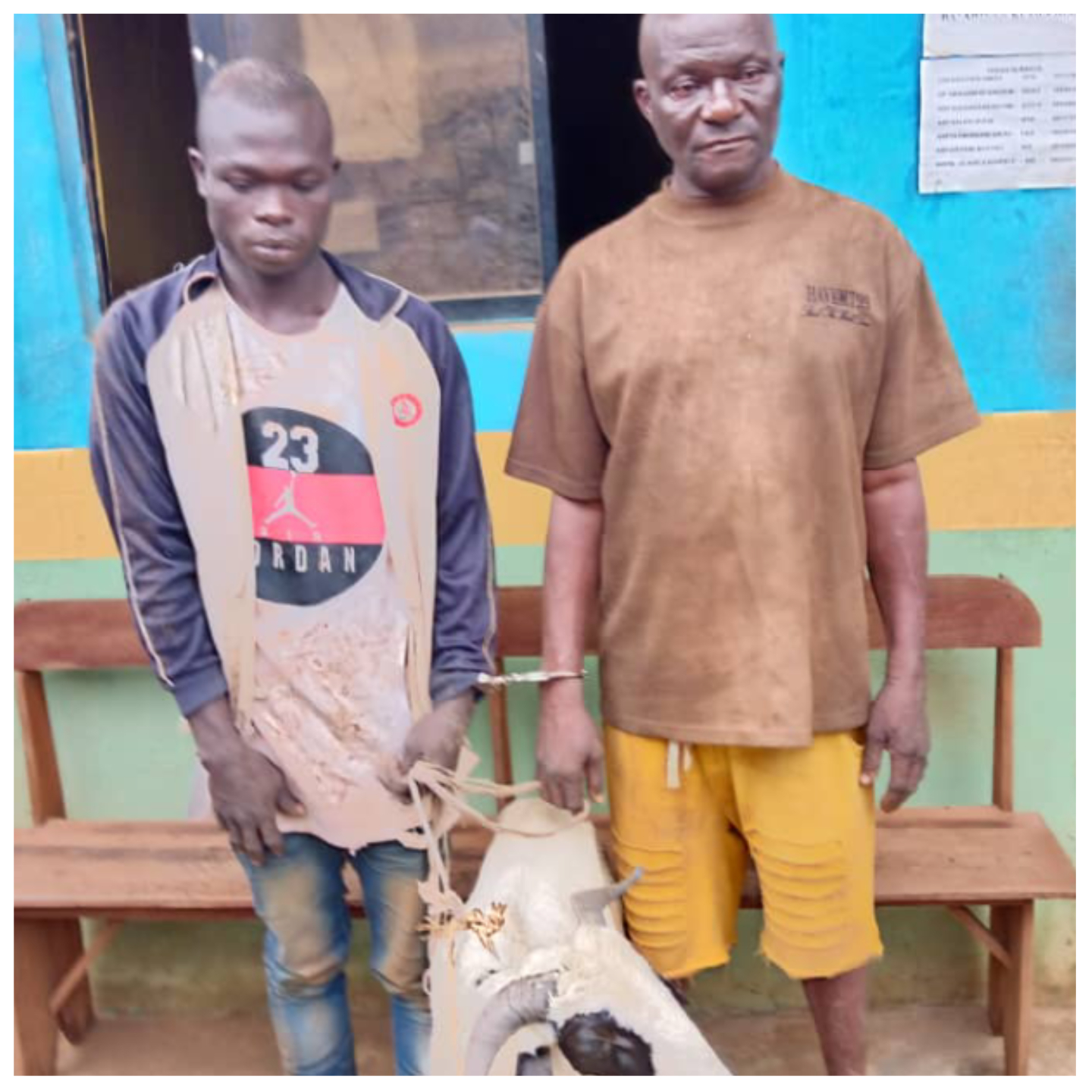 A few days to Saturday’s Eid-il-Kabir celebration, the police in Ogun State have arrested two persons for allegedly stealing a Salah ram belonging to one Sodiq Abolore.

The suspects, Adetunji Alagbe and Opeyemi Ogunlokun were arrested yesterday following a report lodged at the Ogijo police divisional headquarters by Abolore.

Abolore had told the police that while he was asleep in his room at about 3am, he heard an unusual noise in his compound, saying this made him peep through the window.

As he peeped, Abolore said he discovered that the iron gate with which he blocked the entrance of the room he kept the Sallah ram had been pulled down.

Confirming the incident on Wednesday, the Ogun Police Image Maker, Abimbola Oyeyemi, quoted Abolore as saying that he went out and “discovered that his Sallah ram which he bought at the rate of N120,000 was no longer there.”

Oyeyemi disclosed that Abolore further explained that when he searched around, “he saw three men forcing his ram into a waiting Mazda car booth, which made him raise the alarm, and a distress call was made to the police.”

The police spokesperson said the three men were chased but two were nabbed as the other one escaped.

Meanwhile, the Commissioner of Police in the state, Lanre Bankole, has ordered an in-depth investigation into the matter, with a view to charging the suspects to court.