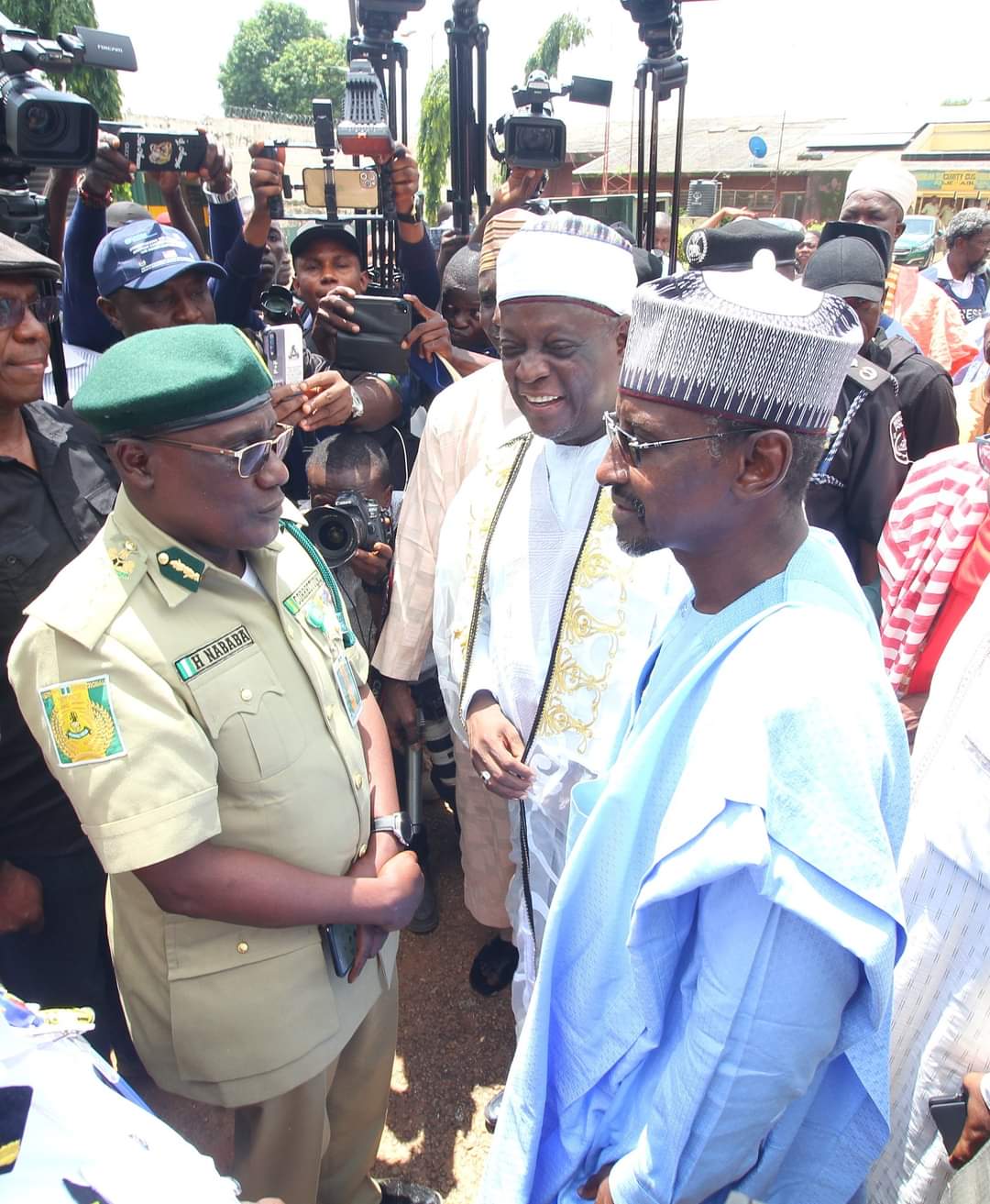 The FCT Minister, Malam Muhammad Bello, on Wednesday in Abuja, tasked traditional rulers in Kuje Area Council to work with relevant security operatives to fish out all escapees from the Kuje Prison.

Bello gave the directive during an on-the-spot assessment of damage following the attack at the Kuje Medium Correctional Facility by suspected terrorists, which led to the escape of many inmates.

He also urged the Gomo of Kuje, Haruna Jibrin, to summon all traditional chiefs in the council to combine intelligence with security agencies to fish out the escaped inmates from the community.

Similarly, the minister also called on members of the communities to provide appropriate intelligence to the security agencies to enable them to do their work.

He expressed confidence that with maximum cooperation from the communities, all those who escaped would be traced, found and returned.

According to Bello, no one can go into any community and blend without being spotted by members of the community.

The minister, who described the incident as “very sad and unfortunate”, added that such incidents threatened everybody, hence the need for everyone to support the security agencies in carrying out their assignments.

He stated that efforts were being made to strengthen security, not only around the facility but in the Kuje Area Council and other parts of the territory.

Bello expressed condolences to the Gomo of Kuje and sympathised with the family of the Nigeria Security and Civil Defense Corps officer who lost his life during the incident, describing him as “a very fine and gallant officer”.