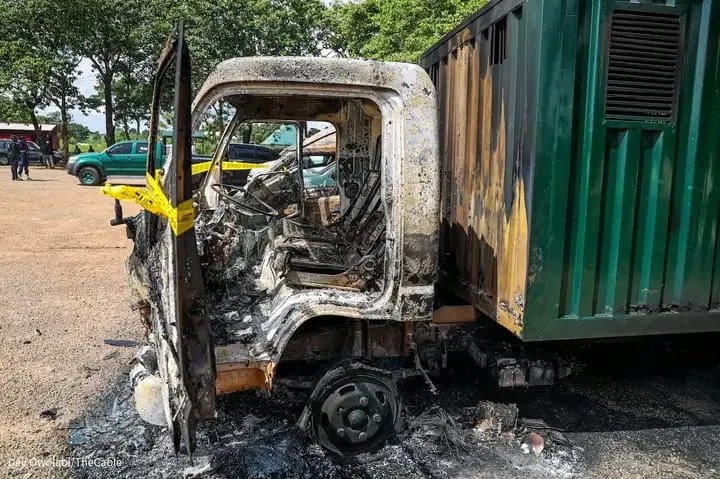 The Kuje Medium Security Custodial Center in Abuja was assaulted with explosives by gunmen on Tuesday night, according to the Nigerian Correctional Service (NCoS), which confirmed the attack on Wednesday.

Journalists were informed by a source that the State Security Service had sent a warning about an anticipated attack on Kuje prison “early today (Tuesday)”. The insider, however, was unable to specify the scope of the defenses put in place to thwart the attempt.

According to inside sources, for over 2 hours and 45 minutes more than 300 terrorist took over the Kuje prison in Abuja with GPMGs, Bombs, RPGs, Many Rifles and other dangerous automatic weapons shouting Allahu Akbar.

The Total Population of the Kuje Prison inmates was about 1,476, and only 111 of the inmates refused to escape and decided to remain in the prison.

Those that decided not to escape includes former Governor Jolly Nyame of Taraba state, Farouk lawal, Abba Kyari and 4 of his officers, Retired AVM and also 107 other inmates who’s jail term is less than 3 months remaining and some who are innocent of the allegations on them, with few other good Senior Citizens.

While 111 stayed back, over 1,300 inmates have escaped together with the terrorist that came to rescue them, the source said.

The Operations was executed by over 300 terrorist shouting Allahu Akbar, and it lasted for 2hrs and 45 minutes successfully.

Reinforcement of men and equipment came more than 1 hour after the terrorists left the scene unchallenged, that is about 4 hours after the operation was started the source said.

All Boko haram detainees in the center were released.