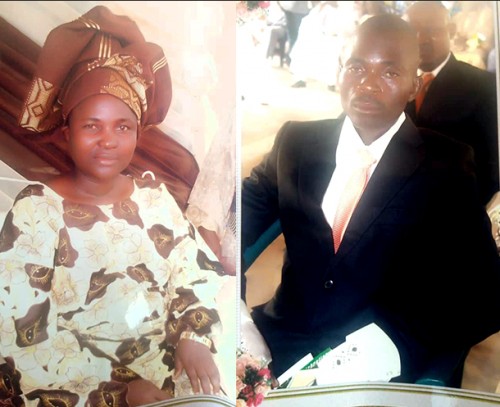 An Ondo State High Court sitting in Akure has sentenced a 50-year-old welder, Ojo Daniyan, to death by hanging for causing the death of his wife, Daniyan Dorcas.

Damiyan committed the offence on September 14, 2019, at lrese Road in Shagari Village, Akure.

He locked their matrimonial home and set it ablaze while his wife was inside sleeping after accusing her of not telling him about a car and three plots of land she acquired.

Damiyan was charged with arson, murder and disabling to commit felony.

Among the witnesses that testified in the case were a brother of the deceased, Adeniyi Samuel.

Adeniyi said his late sister explained to him that she bought the property in her name because she was afraid of the husband disposing them without her knowledge.

While delivering the judgement on Thursday, July 7, 2022, Justice A. O Adebusoye, said that the prosecution had proved the case against Ojo beyond reasonable doubt and convicted him accordingly.

According to the prosecution led by Helen Falowo, the defendant was charged with arson, murder and disabling to commit a felony during the incident that occurred on September 14, 2019, at lrese Road in Shagari Village, Akure.

Daniyan was also alleged to have disabled the only means of escape of the victim before he set her on fire, in order to prevent her from escaping through the doors.

The Police witness, Insp. Bayo Adaran of the Nigeria Police Force, attached to the State CID, Akure, also testified that the case of arson and murder was transferred from Okuta Elerinla Police Division to the State CID for further discreet Investigation and he was part of the team that Investigated the case.

He told the court that he visited the scene of the crime. The complainant, the victim and the witnesses volunteered their statements voluntarily while he rearrested the defendant, charged and cautioned him in the English Language.

The defendant volunteered a confessional statement and the case file was later forwarded to the State Ministry of Justice for Legal Advice.

According to the medical report tendered by the prosecution, the deceased was admitted to the hospital following a burn injury that she was involved in on September 14, 2019, at Shagari Village, Akure.

She was managed for 72 hours with full-thickness burns and was in critical condition. She later gave up the ghost on September 14, 2019, due to the degree of burns.

During the police investigation, the husband denied setting his wife’s room on fire or locking her inside the room. He had also maintained his story of innocence before the court.

However, the court ruled that judging from the pieces of evidence and testimonies before it, the accused person was guilty as charged and thereafter sentenced him to death by hanging.