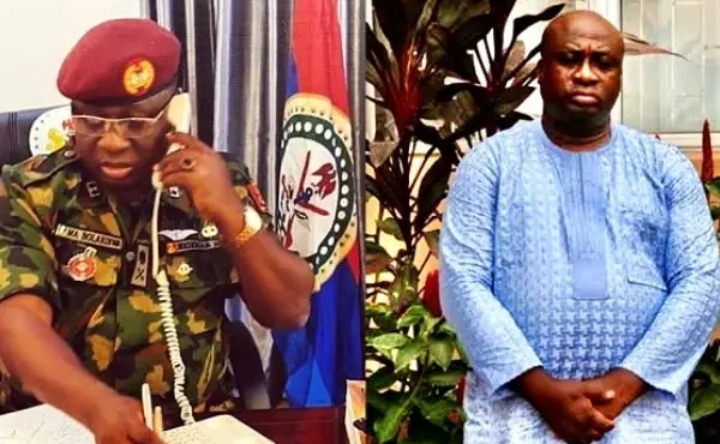 The fake general had earlier on Thursday changed his plea to guilty in the 13 counts preferred against him by the Economic and Financial Crimes Commission (EFCC).

He was subsequently sentenced to a seven-year jail term.

He has also been charged by the EFCC with forgery of material military documents.

He pleaded “not guilty” to the charges before Justice Taiwo on 14th April, 2022 and applied for bail.

But the court dismissed his bail application, agreeing with the prosecution that he constituted a flight risk, and ordered an accelerated hearing instead.

The alleged victim, Bamidele Olusegun Safiriyu narrated to Justice Oluwatoyin Taiwo how the defendant used the name of former President Olusegun Obasanjo to defraud him to the tune of N266.5milion.