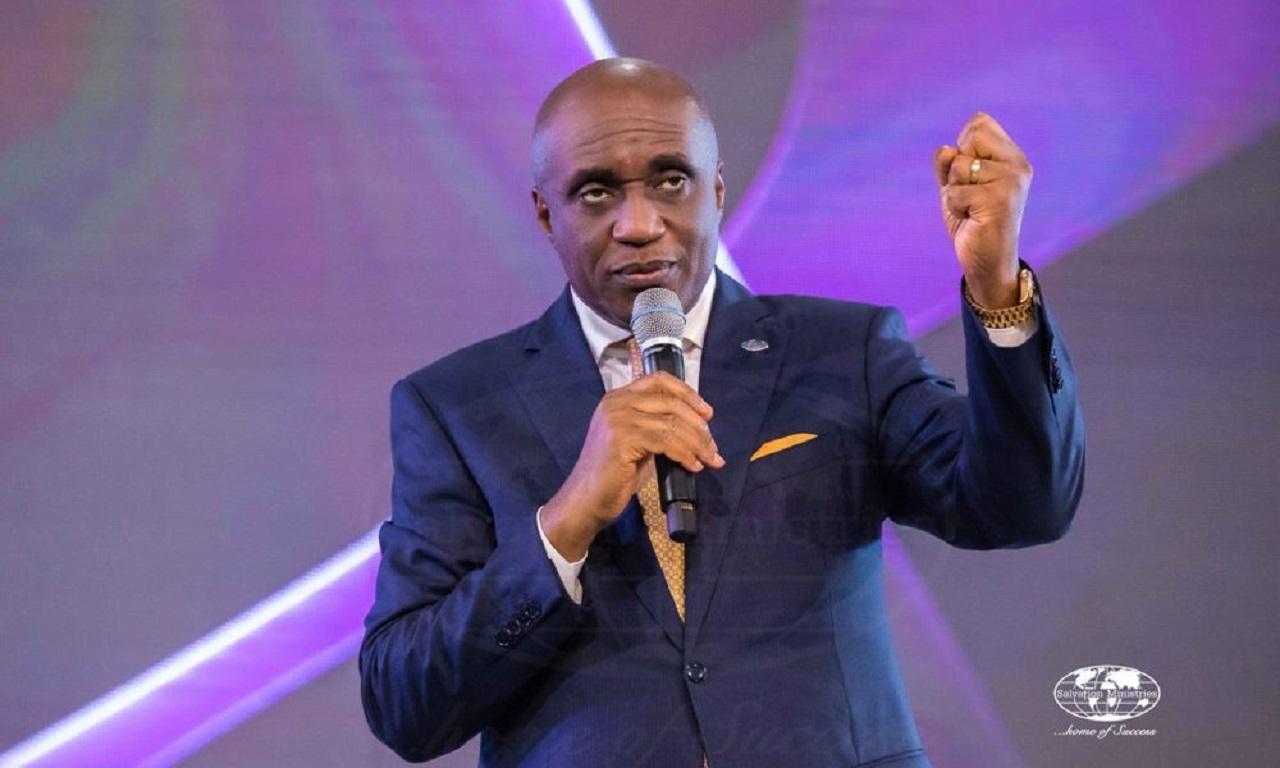 Pastor David Ibiyeomie of Salvation Ministry has urged Nigerians, particularly those in the North to defend themselves against terrorist attacks.

Speaking during a sermon at the church’s headquarters, Port Harcourt, Rivers State, the clergyman urged those in terrorist-sieged areas to buy arm for self-defence.

According to him, until residents begin to defend themselves, there would be no peace in the frequently attacked areas.

“All of you in Kaduna hear me: get good walking stick so that it can support you when you are moving. They are not the only ones who know where to buy walking stick.

“If they shoot you too shoot, if they fire you fire. Then there will be peace. Defend yourself”.