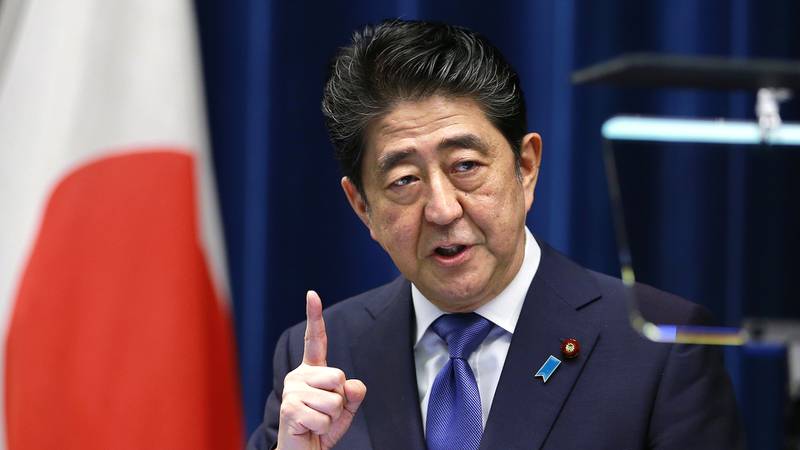 Japan’s former Prime Minister, Shinzo Abe, was feared dead after being shot during a campaign speech.

He was shot from behind while delivering a speech at a campaign event in the Nara region today, July 8.

A report said that Abe was immediately taken to the hospital and appeared to be in cardo-respiratory arrest. It’s a term in Japan indicating that the patient has no vital signs.

Japanese Prime Minister Fumio Kishida said Abe was in a “critical condition”. “The doctors are doing everything they can. I am hoping and praying that Abe will survive this”.

Reports says after 11.30am, Tokyo time, Abe was unconscious and unresponsive. Local station MBS also reported that Abe was in a state of cardiac arrest. NHK said he was showing no vital signs.

Local police have arrested a 41-year-old man, identified as Yamagami Tatsuya, for attempted murder. Witnesses told NHK that they heard two shots and saw a large gun at the scene.

“I heard one shot and another shot,” said one witness. “Then I saw the suspect with something larger than a handgun. Then the secret service jumped on top of him. It was shocking.”

Another witness said Abe was in the middle of his speech when a man approached him from behind.

“It looked like a toy or a bazooka. The first shot was just a noise. The second shot we could see the gunpowder and a lot of white smoke,” the witness said.

“After the second shot Abe collapsed and people were applying CPR. The gunman did not attempt to run away he was just standing there.”

Abe, the most influential Japanese politician of his generation and the country’s longest-serving prime minister, retired in 2020 but remains a significant powerbroker in the ruling Liberal Democratic Party.

He was giving a speech outside the Yamato-Saidaiji Station in Nara, near Kyoto, when he was shot with what appeared to be a handmade or modified gun.

Abe was in the middle of campaigning on behalf of the LDP for upper house elections. The election, due on Sunday, is seen as a key test of Prime Minister Fumio Kishida’s hold on power after he replaced Yoshihide Suga in October. Kishida had stacked his cabinet with Abe allies to maintain his links to the LDP’s conservative base.

Kishida was on Friday rushing back to his office in Tokyo after cancelling his own campaign speech.

Matsuno, the chief cabinet secretary, said the government was still getting updates on Abe’s condition.

“Other cabinet members who are currently campaigning throughout Japan have been instructed to return to Tokyo as soon as possible,” Matsuno said. “Such violence cannot be tolerated, and we condemn it in the heaviest way.”