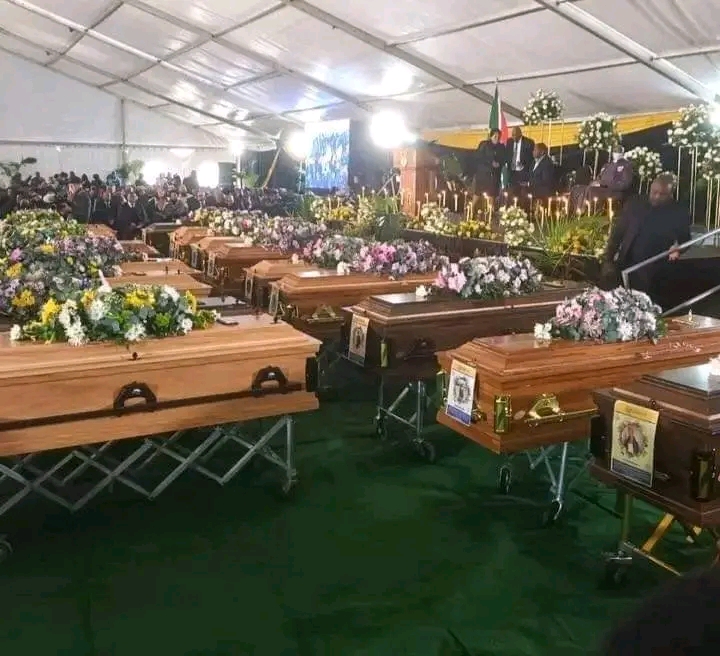 A mass funeral has been organized for 21 teenagers who died in a nightclub in South Africa’s East London city.

An official report revealed that all the deceased teenagers were within the age bracket of 13 to 17.

It was reported how the bodies of the teenagers were found at the Enyobeni Tavern early on Sunday, June 25, where several others were also injured.

Eyewitnesses said that bodies were lying inside the venue as if they had collapsed on the floor.

See Photos from the funeral below: