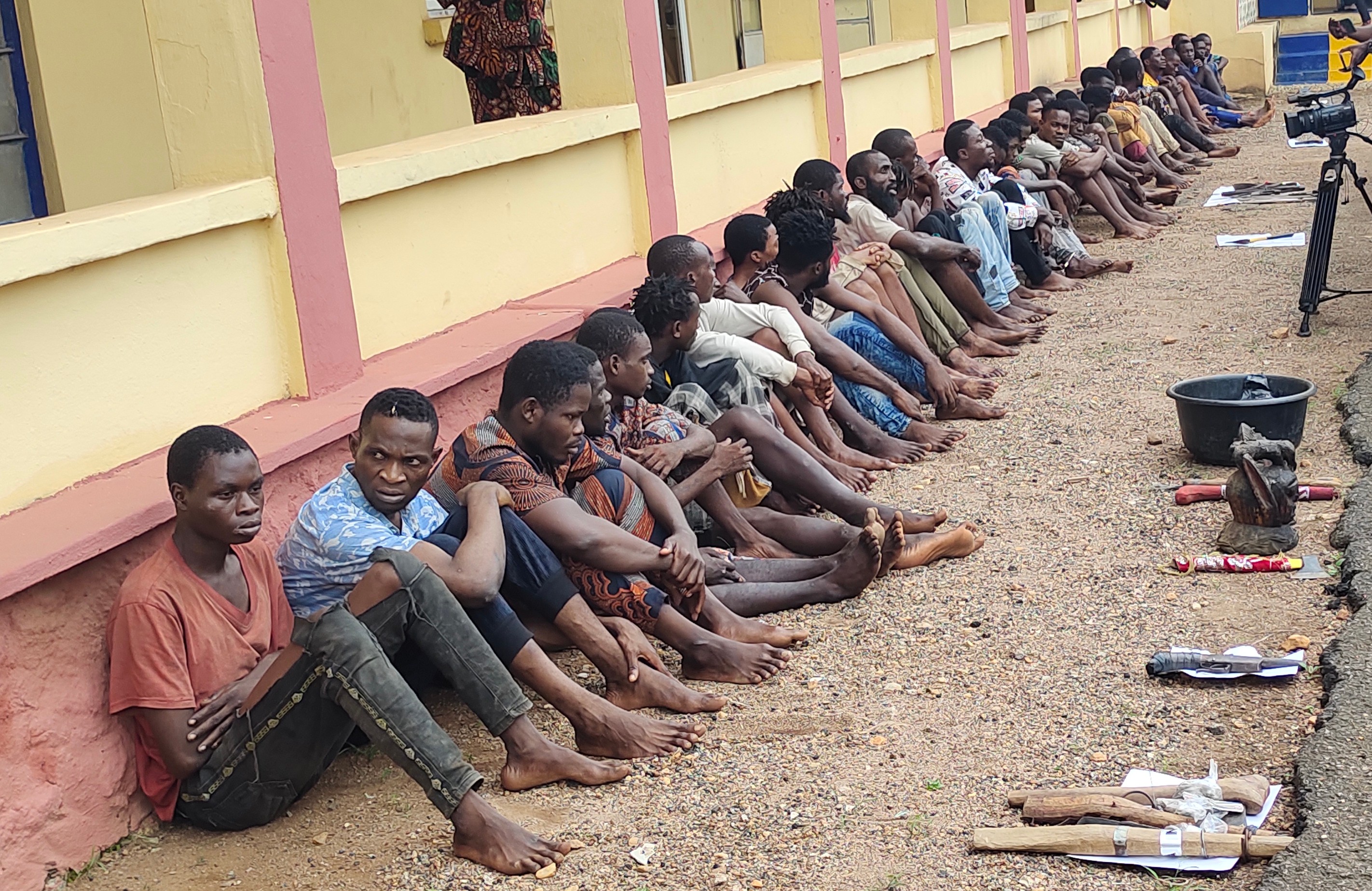 The police in Ogun State have paraded 42 suspects for various offences committed in the state.

The suspects were those arrested for murder, kidnapping, cultism, robbery and others

Parading the 42 suspects on behalf of the Lanre Bankole, the state Commissioner of Police, the command’s spokesman, Abimbola Oyeyemi, said the officers and men of the Nigeria Police Force in Ogun would not rest on their oars in bringing criminals to book.

Among those paraded were Daniel Njokwu and his friend, Damilare Ogundiran, who were arrested for allegedly beating and ganging raping a 15-year-old girl.

During the parade, Abimbola explained how the two friends overpowered the underage girl and had carnal knowledge of her at an isolated place.

However, the suspects denied the allegations while being interviewed by newsmen.

They claimed they were arrested on their way home from a dance show.

Njokwu said, “We were arrested during a police raid on our way from a dance show.

“I am a dancer and my friend went to a show with me. But the police arrested us on our way back home. They accused us of raping a girl, which we never did.”