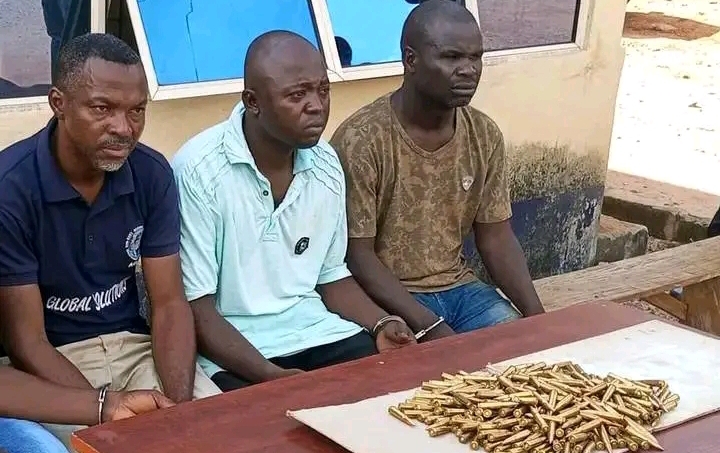 Four criminals have been arrested by men of Operation Zenda JTF with 300 live ammunition in Makurdi, the Benue state capital.

The suspect allegedly said the bullets are meant for one commander In Cameroon.

Mr. Terhile took Zenda operatives to Mr. Emmanuel, a security officer with StandBIC Bank in Gboko, who gave the first suspect the consignment. He claimed he had received two million from a client through his Standbic Bank account to purchase the bullets.

Mr Terhile and Mr Emmanuel then led men of Operation Zenda to vandeikya were they picked a former Councillor Titus Ikyo in Mbaduku and traced another suspect to makurdi and arrested him with 120 bullets totaling 300.

Briefing Newsmen at the Police command in makurdi, SP Sewuese Anene said efforts are in top gear to unravel the source of the ammunition and called on the General Public to be vigilant and report any suspected activities around their environment to the law enforcement agency to protect them better.