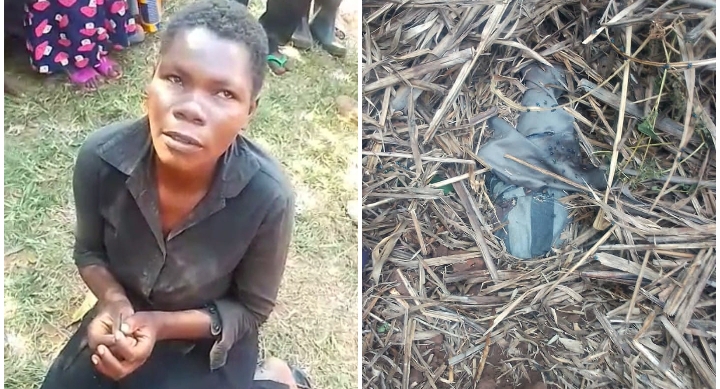 A Ugandan mother has been arrested after she allegedly strangled her 7-year-old daughter, Namugaya Mercy, to death.

It was gathered that the mother identified as Tilutya Suzan killed and dumped the girl’s body in a sugar cane plantation at Nkalenge village in Busede Sub County, Jinja District.

The Lifeless body was found on Thursday, July 7.

Sources familiar with the incident said the 35-year-old mother confessed to strangling her daughter to death.

A police statement confirmed that investigations into the incident had begun.