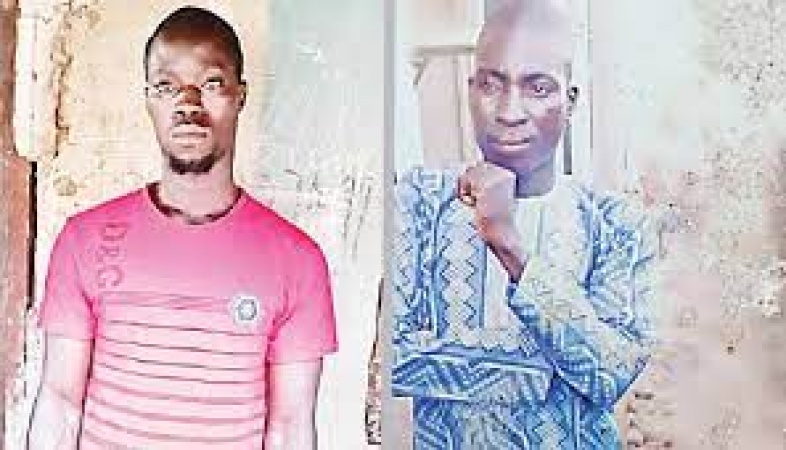 A 55-year-old guard has reportedly committed suicide when a land fraud he was said to have been involved in backfired.

The man, Danladi Anva, an indigene of Sabon Peggi Shabu, Lafia Local Government Area, Nasarawa State, was said to have sold a piece of land to two different buyers.

According to his children and relatives, Anva who until his death worked as a security guard with ERCC Church in Shabu, was said to have gone into depression, which eventually culminated in suicide, because of the pressure he suffered from selling a plot of land to two different buyers.

Realising that he would have to refund the money to at least one of the buyers and seeing that he had no way of refunding the sum involved, he hit on the idea of taking his own life by drinking herbicide.

Anva’s immediate younger brother, Mr Useni Usman, told our correspondent that his sudden death came as a rude shock to him and the entire family.

“His sudden death is indeed worrisome to me and the family,” he said.

“The day he was to die, we were together till at about 5 pm. He came and told me that he needed N2,000, saying that was his only problem.

“I gave the money to him and left, but he never told me the purpose for which he needed the money urgently.

“He never told me anything, but I know that he sold one plot of land to two different people. I was aware of it and it was resolved at the police station that he should refund the money to the last person who bought the land.

“Whether he didn’t have the money to refund and that made him to kill himself, I don’t know.

“Whether he used the N2,000 he collected from me to buy the herbicide with which he killed himself, I also don’t know. But we saw the herbicide container in the corner of his bed.

“By the time we realised that he had taken something to take his own life, he was already affected to the level that he could not even talk or tell us what led to his decision.”

Entering Anva’s residence at Sabon Peggi Shabu on the evening of June 29, one could easily read the pensive mood of family members. Their sad disposition made it difficult to get them to talk about the ugly incident.

Anva’s eldest son, Yohana, sat on a long bench in the compound, tears rolling uncontrollably down his cheeks. His mind was probably occupied with the thought of shouldering the burden left behind by his father.

He sat back on the bench, cleared his throat and narrated the misfortune that had befallen the family.

According to him, the 5th of June began like any normal day for the Anva family as everyone woke up without any inkling of the tragic incident.

He added: “The whole thing is still like a dream to me. It is still hard for me to believe that my own father committed suicide. I’m shocked because he was a very healthy and lovely man.

“It happened that he sold a particular plot of land to two different people. He first sold the land for N150,000 to a woman living in our neighborhood in the year 2021, then he later sold the same land for N230,000 to another person early this year.

“When he told me that he wanted to sell the same land in January 2022 to another person, I warned him and told him the implications of his actions, but he said nothing.

“When he eventually sold the land, I expected him to return the first buyer’s money to her to avoid trouble.

“At the end of May, the first buyer came to our house and angrily told us that somebody was farming on the land she bought from our father

“The woman said she went to inspect the land only to find that an unknown person had planted crops on the land.

“At that time, my father was not at home so I pleaded with her to come back later and meet my father so they could sort out the matter.”

Yohana, however, said the next thing the woman did was to invite the police who arrested his father and detained him at their station.

“I can tell you that we really suffered before he was released from detention,” he said.

He recalled that when his father was released after four days in detention, “I noticed that he was always moody and I asked him what was wrong but he didn’t say anything.

“He was a very quiet man; he hardly talked to us about his challenges.”

Yohana added: “On the 5th of June, 2022, after we returned from church, he was at home with us until 3pm when he had his bath and went out.

“Although he did not tell us where he was going, we knew he was not going far because he wore a casual dress.

“It was on a Sunday, so my siblings and I did not go anywhere throughout that day. We were all at home doing our domestic chores.

“To our surprise, our father who went out healthy returned home as someone who was very sick. He had no strength.

“I told my younger ones to take him to his room to rest, so could find out what was wrong with him.

“After a while, I went into his room to be sure that he was stable, but to my greatest surprise, I noticed that his mouth was foaming and I sensed the odour of the herbicide (Gramoxone) used for killing grasses.

“I then searched and found an empty container of the chemical by the corner of his bed. At that point, he could not talk to us because he was very weak and almost lifeless.

“We rushed him to the hospital where he was admitted and he died the next day.”

Giving details about the family’s condition, Yohana said: “I am 27 years old and a secondary school dropout. I am married and I work with a block industry to eke out a living.

“My parents had six children made up of three males and three females. But we lost one, so we are now five.

“My late father was working as a security guard at the Evangelical Reformed Church of Christ (ERCC) located here in Sabon Peggi Shabu.

“He also engaged in petty farming to augment his meagre salary at ERCC in order to feed us his children.

“His sudden death has robbed us of everything. We are finished. We need divine intervention. God, show us mercy.”

Asked about their mother’s whereabouts, Yohana said she died during labour about seven years ago. “Now our father has joined her.

“He left our hopes shattered. How would I take care of the younger ones he left behind?

“He was managing with his job at ERCC on a salary of N10,000 to feed us his children.

“The money was never enough. We are all not in school due to lack of money. Our future is bleak and without any hope.”

Yohana regretted that his father did not tell any member of the family about his worries and did not confide in anyone his plan to take his own life.

stopped him at all cost.

“The only known challenge we knew about was that of the land issue, and we did not imagine that he could take his own life because he sold one plot of land to two different people.

“We are still shocked. Accepting the reality that he killed himself was not easy for me, but my siblings and I have accepted our fate.

“He is gone now. Although it is painful, we have to move on with life.”

Recalling the death of their mother, Cecilia, Yohana said: “Her death was very shocking for my father and the entire family because she really supported our family while she was alive. We missed her.

“I have spoken to the pastor of ERCC about my desire to take over my father’s job and they assured us that after we must have finished mourning, either me or my brother can resume work.

“It has not been easy for us since our father died. My siblings have been crying since that day.

“We are still very young but we have become orphans in this difficult world. At my age, I have suddenly become their father and mother.

“But I believe that God Almighty will always come to our rescue whenever we call on Him.”

A daughter of the deceased, Ruth (15), told our correspondent amid sobs that “It has been three weeks since my father took his life but we are still grieving. We are fighting long and hard not to let his suicide diminish or weigh us down.

According to her, the late Anva was “an amazing father who loved us all. He may have left us abruptly, but he will always be our best friend.

“Whenever I miss him, I close my eyes and reminisce about my favorite memories of him. He always made his family the centre of his attention.

“Any time he went out, he brought some food for us from eateries and he was always jovial. These cherished memories help me to savour the good moments we had with him.

“What came over him to take his own life, he never told any of us. If he was suffering from depression, he should have shared his problem with us.

“He quietly planned his exit from this world and left. It is painful and we will miss him.” Another of Anva’s daughters, 19-year-old Stella, said “his death will always remain a scar in my life.

“Some things in life will change you forever; my father’s suicide will do just that.

“I have come into terms with it. Accepting it gave me the ability to savour the life I had with him before his death and move forward to create a reality that he is no more and there is time to think ahead.”

Yet another of the deceased, Lydia (17), said: “What my father’s suicide taught me is the strength in asking for help. I wish he never isolated himself from us. I wish he told us he needed help to solve his problem.

“My father carried too much burden and I wish he knew he didn’t have to move through moments of darkness alone.

“He was my father and best friend. But first and foremost, he was a human being who needed a hand to guide him back to light in a sea of dark hopelessness.

“But he left without a goodbye. We will miss him, and may his soul find peace wherever he is.” (