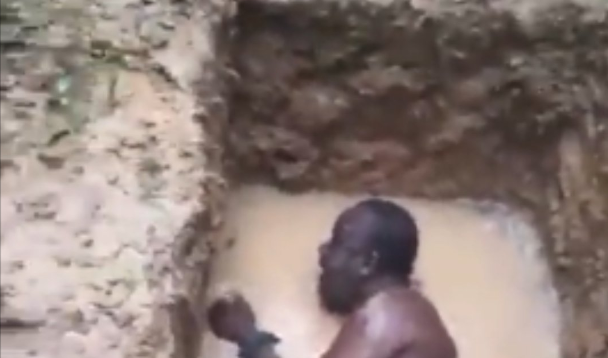 Mike Ogiasa, a cousin of former President Goodluck Jonathan has begged for his release.

Ogiasa served as Bayelsa Commissioner for Special Duties in charge of Federal Projects, and Special Adviser on Power.

The engineer was kidnapped at Otuogidi in the Ogbia Local Government Area of Bayelsa on June 2.

Ogiasa was seized and driven away by armed men after he attended a meeting.

A video of the son of an ex-traditional ruler of Otuoke community emerged at the weekend.

A half-naked Ogiasa is seen in a flooded grave, his hand tied, as he cries out for urgent help.

“You’re seeing me in the grave. Please do everything possible to come and release me.

“Any money that is available…any money you can make. Do everything possible.

“Is the money more important than my life?”, the captive said with a shaky voice.

The police in Bayelsa confirmed the abduction after the incident in June.