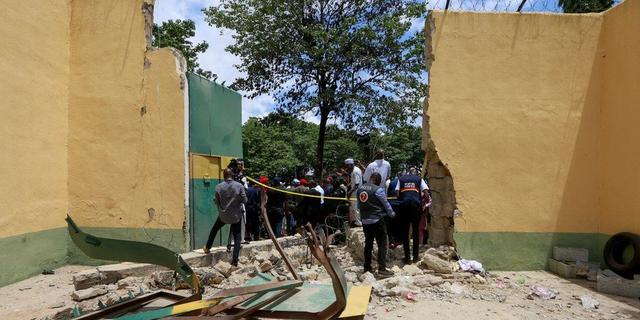 It was reports that other high-profile inmates at the facility include ex-governor Joshua Dariye of Plateau State; his Taraba State counterpart, Jolly Nyame; a former chairman of the defunct Pension Reform Task Team (PRTT), Abdulrasheed Maina; a former Chairman of the House of Representatives Ad-hoc Committee on Petroleum Subsidy, Farouk Lawan and others.

Recall that members of the Islamic State in West Africa Province (ISWAP) had on Tuesday attacked the correctional facility, freeing 64 terrorists and hundreds of other criminals.

A personnel of the Nigerian Security and Civil Defence Corps (NSCDC) lost his life while many others sustained injuries.

According to Daily Trust, a senior officer of the correctional service and one of the VIP inmates disclosed that the terrorists targeted the VIP wing of the facility after they succeeded in setting free their members.

The source said that after releasing the terrorists, one of the members started shouting the names of Abba Kyari and his men.

According to the source, the terrorists stormed the area that housed the suspended police boss, saying in Hausa, “Abba Kyari, you are dead. We will kill you now.”

The source said the terrorists started shooting bullets on the VIP wing of the facility but couldn’t gain access.

He stated that gunshots outside the facility deterred the terrorists from pushing on their attempt to kill Abba Kyari.

“We took cover under tables as the terrorists fired several rounds of ammunition,” one of the VIP inmates said.