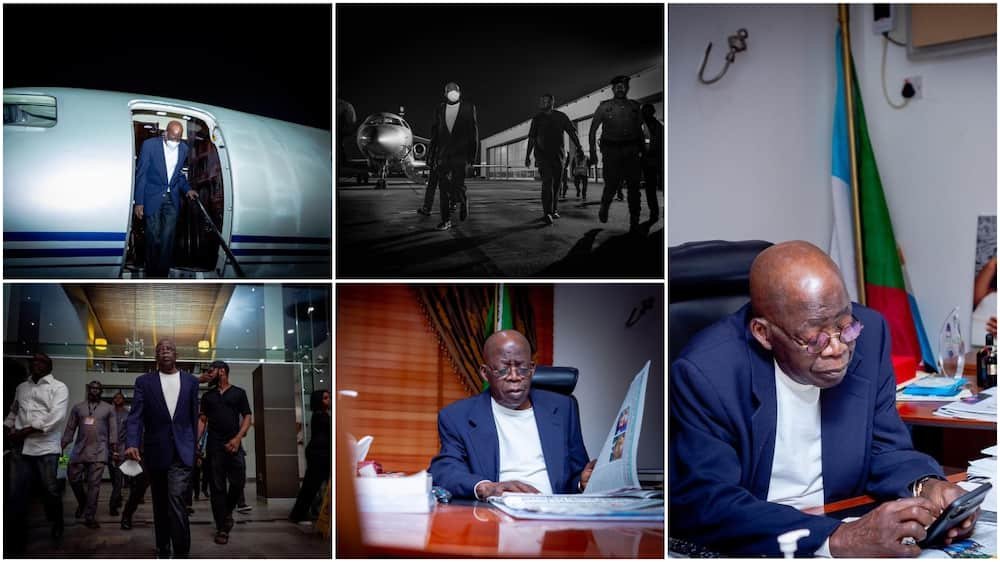 The presidential candidate of the All Progressives Congress (APC), Asiwaju Bola Ahmed Tinubu, has returned back to the country from France.

It was reports that Tinubu, a former Lagos State, made his return known in a post on his Twitter handle on Saturday.

He wrote: “Grateful to Almighty Allah for journey mercies.

“Glad to be home and looking forward to what is ahead. Eid Mubarak.”

According to a statement released by his media office, the APC presidential candidate will hold some important political meetings while in Paris.

Though the details of his engagements and meetings in France were not made public, one major one that hit the media is the ‘endorsement’ by Nigerian billionaire, Femi Otedola of the APC candidate’s presidential ambition.

The two of them met in France and Otedola prayed that Tinubu will succeed in his quest to emerge the next President of Nigeria in 2023.