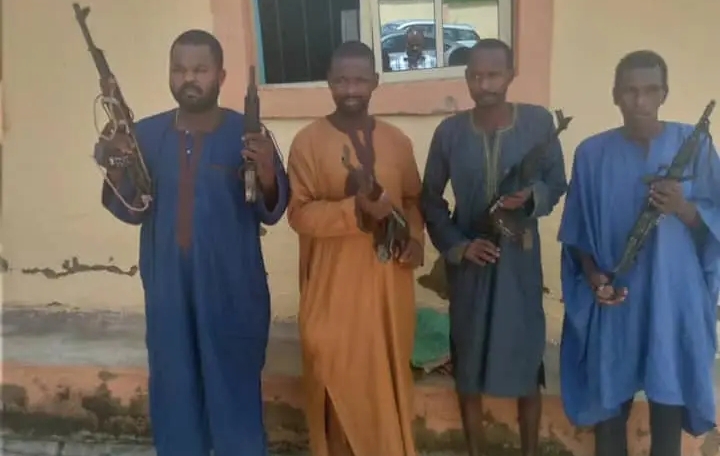 A police statement said the suspect’s voluntary confession led to the arrest of Abubakar Sani, aged 27 years old, Alh. Guru Maga, Alh. Manu Ardo, and Hamisu Abubakar, all males of Bauchi and Taraba States, who are members of a deadly kidnapping syndicate operating in and around Gombe and Bauchi States.

Adejobi said they were arrested in possession of the sum of twenty thousand Naira (N20,000), being the balance payment for 500 rounds of AK47 ammunition for a notorious kidnapping kingpin, Sani aka Bafudinge. Similarly, one Usman Manu Mohammed, aged 24 years old of Mariri, Lere LGA of Kaduna State, was apprehended after weeks of evading arrest for his role in connection with the kidnap of a cattle trader in Kaduna State in March, 2022. They are currently assisting the police with information necessary for further arrests.

The IGP has however ordered police operatives in charge of cases of kidnapping, insurgency, and organized crimes across the country to galvanize their investigations to identify criminal networks and possibly link the cases with a view to establishing the multi-dimensional modus operandi of the syndicate and decimating their activities forthwith.

The Inspector-General of Police, IGP Usman Alkali Baba, psc(+), NPM, fdc, has tasked all police operatives to consolidate maximally on intelligence gathering which is the crux and fulcrum of modern policing. The IGP equally emphasized the important role of community engagement and traditional intelligence gathering with a charge to all officers to employ these in their daily police duties.