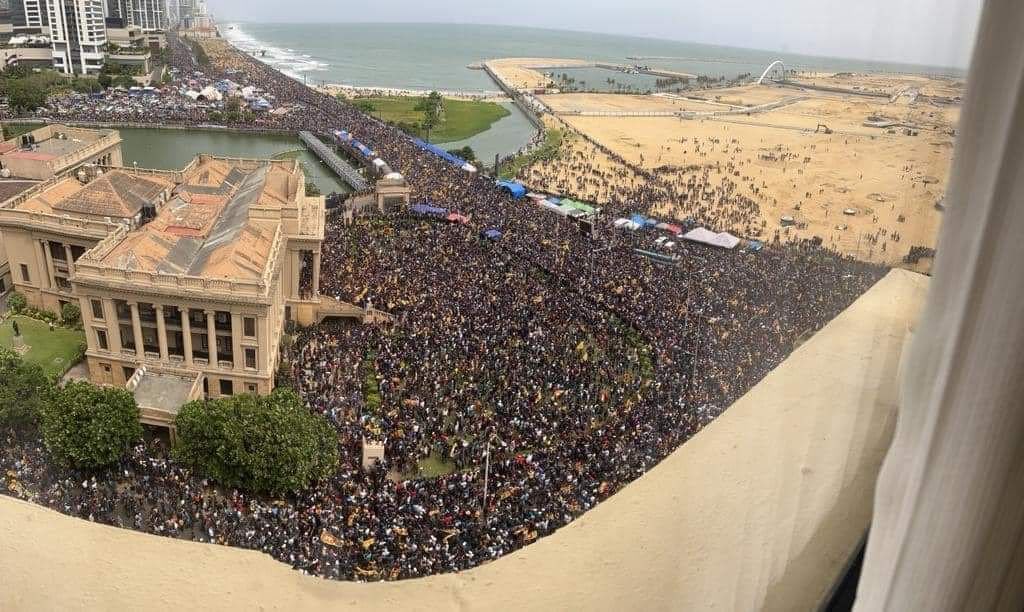 On Saturday, thousands of protesters stormed the home as they continued their demand for his resignation.

The President was hurriedly transported to the Army headquarters hours before the invasion.

The citizens have been complaining about poverty, cost of living and Rajapaksa’s handling of the economic crisis.

The people are struggling to get jobs, pay rent, buy food, medicine, petroleum products, among others.

Videos and photos showing protesters breaking in and swimming in the President’s house have emerged.

Some were cooking food in the kitchen as others moved about for a tour of the presidential residence.

With a population of 22 million, the South Asian nation faces its worst financial crisis in decades.

At least 16 members of parliament from Rajapaksa’s party Sri Lanka Podujana Peramuna have asked him to resign.