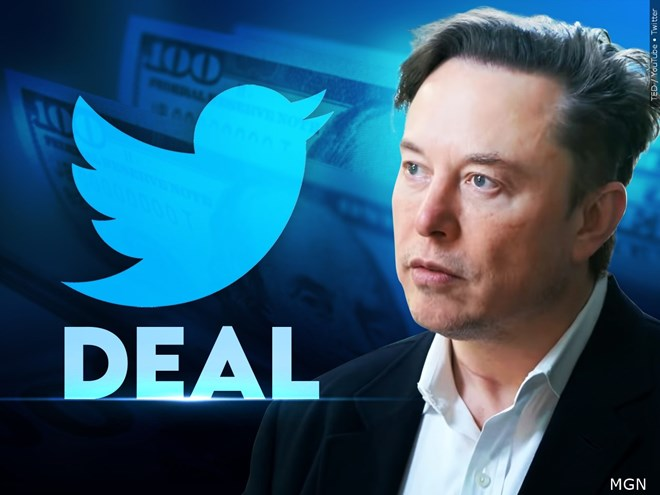 This was confirmed by Reuters on Friday, quoting the elite as saying that the social media company had failed to provide information about fake accounts on the platform.

In a filing, Musk’s lawyers said Twitter had refused to respond positively to a series of requests for information on fake or spam accounts on the microblogging platform, which is fundamental to the company’s business performance.

Twitter in April 2022 confirmed it has accepted the $44 billion bid by the billionaire entrepreneur.

Shares of Twitter were down 7% in extended trading. Musk was said to have earlier offered $54.20 per share in April.

Twitter’s chairman, Bret Taylor, said on the micro-blogging platform that the board planned to pursue legal action to enforce the merger agreement.

“The Twitter Board is committed to closing the transaction on the price and terms agreed upon with Mr. Musk,” Taylor wrote.

However, Musk’s lawyers mentioned in a filing that “Twitter is in material breach of multiple provisions of that Agreement, appears to have made false and misleading representations upon which Mr. Musk relied when entering into the Merger Agreement.”

Due to the emerging development on Friday, Musk would be required to pay a $1 billion breakup fee if he does not complete the transaction.

Naija News understands that Musk’s latest decision is likely to result in a long protracted legal tussle with the 16-year-old San Francisco-based company.