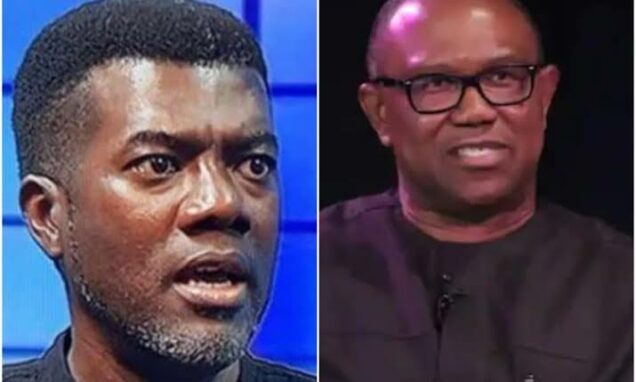 Reno Omokri, a former Media Aide to ex-President Goodluck Jonathan, has dismissed reports that he demanded $100,000 from the presidential candidate of Labour Party, LP, Peter Obi.

Reports had it that Omokri demanded $100,000 from Obi before he could support his presidential ambition.

It was claimed that Omokri made the demand during a recent meeting with Obi in London.

Dismissing the reports, the socio-political commentator, challenged Obi to expose him if he ever made such a demand.

In a series of tweets, Omokri said he only exchanged emails with Obi when he was trying to lobby him for the role of vice presidential candidate in 2019.

He called on the LP presidential candidate to prove these allegations as false.

According to Omokri: “This has been circulating on WhatsApp. I challenge @PeterObi to say where he met me in London and I demanded $100k. In the last month, I’ve been on a cruise to Mexico, and in The Bahamas with my 17 year old daughter. I have passport stamps and tickets to prove it.

“The last time @PeterObi and I physically met was in 2020. The only emails between Peter Obi and I are the emails of him lobbying me when he wanted to be made running mate to Atiku in 2019. I challenge him to expose any email between us. This is a tissue of lies!

“This dribble is a propaganda from a militant group that has now metamorphosed into the core of the Obidient group.

“It is a figment of their imagination and lies. I have never asked

@PeterObi for $100,000 in London or anywhere else. I urge him to prove these false allegations.”