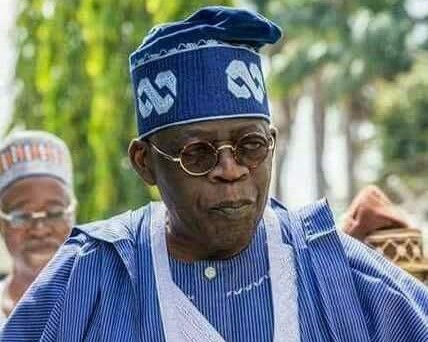 Human Rights Writers Association of Nigeria, HURIWA, has again called the attention of the presidential candidate of the All Progressives Congress, APC, Bola Ahmed Tinubu, to an alleged plot by some people from the North to make him fail woefully in the 2023 presidential election.

HURIWA warned that if patriotic Nigerians are not vigilant and the Independent National Electoral Commission, INEC, is allowed to rig the election in favour of Muslim-Muslim ticket next year, “then there will inevitably be a break out of prolonged religious war in Nigeria.”

HURIWA is also of the opinion that the plot by some northern Muslims to force Tinubu into picking a Muslim running mate despite stiff opposition from a cross section of Nigerians was a sinister plot in its finality to hand over the country to Boko Haram terrorists and ISWAP elements.

They pointed out that a Muslim-Muslim ticket had reduced a State like Kaduna to a graveyard and the killing fields of Christians and moderate Muslims since the last 5 years.

The rights group said that some Boko haram elements were behind the groundswell of campaigns in the media using many fronts, including Christian loafers for Bola Ahmed Tinubu, who it describes as a hardcore Islamist, to pick another Muslim extremist as his running mate.

The group said that the enthusiasm with which the likes of the Kano and Kaduna States governors are pushing the agenda of a Muslim-Muslim ticket even when such a practice had led to the destruction of Kaduna State, means that there is more to it than meets the eyes.

HURIWA said the Kano State government operates like a State in Afghanistan, with Islamic police and full shariah law, just as the Kaduna State governor Nasir El-Rufai is a notorious Islamic and Fulani ethnic bigot.

Recall that governor Abdullahi Ganduje of Kano State had just said that Tinubu had agreed to pick a Muslim Vice Presidential candidate.

HURIWA tasked Nigerians to smell the coffee and wake up to oppose the active plots by Islamic extremists to hijack Nigeria in 2023.

Bola Ahmed is yet to announce his running mate for the forthcoming presidential election.

Alhaji Atiku Abubakar of the Peoples Democratic Party, PDP, has since announced Governor Ifeanyi Okowa, an Igbo man from the South South geopolitical zone of the country as his Vice presidential candidate.

And among the leading contenders for Nigeria’s number one seat, Peter Obi of the Labour Party, LP, on Friday picked Kaduna born politician, Senator Darti Baba-Ahmed as his running mate.