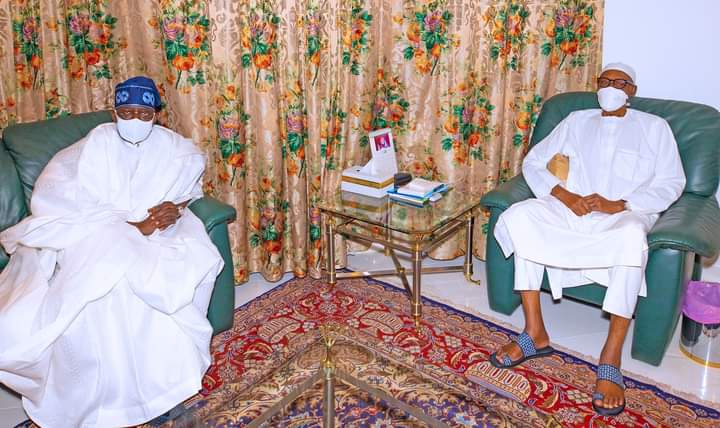 The presidential candidate of the All Progressives Congress (APC), Bola Tinubu, has picked the former governor of Borno state, Kashim Shettima, as his running mate for the 2023 election.

Tinubu made the disclosure on Sunday while addressing journalists after meeting with President Muhammadu Buhari in Katsina.

A few hours ago, Tinubu had a meeting with President Muhammadu Buhari in his residence in Daura, Katsina.

Aminu Bello Masari, governor of Katsina, who was also present at the meeting, was among the delegation that received Tinubu when he arrived in the state.

Abdullahi Ganduje of Kano state, last week said Tinubu had settled for a Muslim-Muslim ticket — despite criticism from bodies like the Christian Association of Nigeria (CAN).