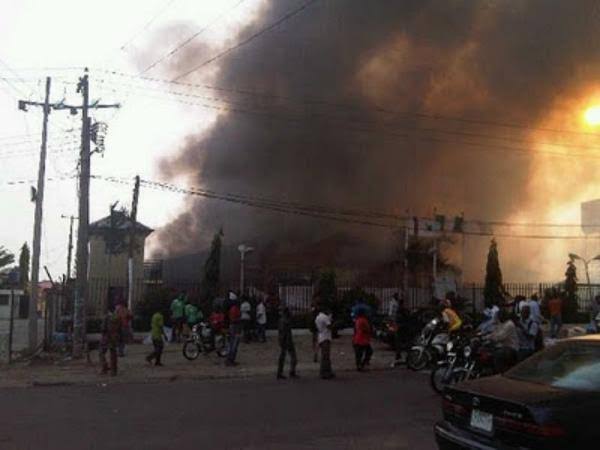 Some traders are counting their losses after the fire outbreak in a section of the popular Bodija Market in Ibadan, the Oyo State capital.

It was  gathered that the fire incident started in the early hours of Monday.

It was learnt that the fire incident affected some shops in the market.

Good worth millions of naira were destroyed by the inferno.

Some of the traders said they lost goods worth millions of naira in the disaster.

The cause of the fire incident has not been ascertained as at the time of filing this report on Monday.

A staff of Oyo State Fire Service who asked not to be named, confirmed the incident on Monday afternoon.

He said, “Yes. The incident occurred at Bodija market

“You can call the director of operation to confirm”.

But, all efforts made to get a reaction from the Director of Operations, Oyo State Fire Service, Mr Ismail Adeleke were futile.

The Bodija market is located within Aare Latosa Local Council Development Area (LCDA) which was carved out of Ibadan North Local Government Area.