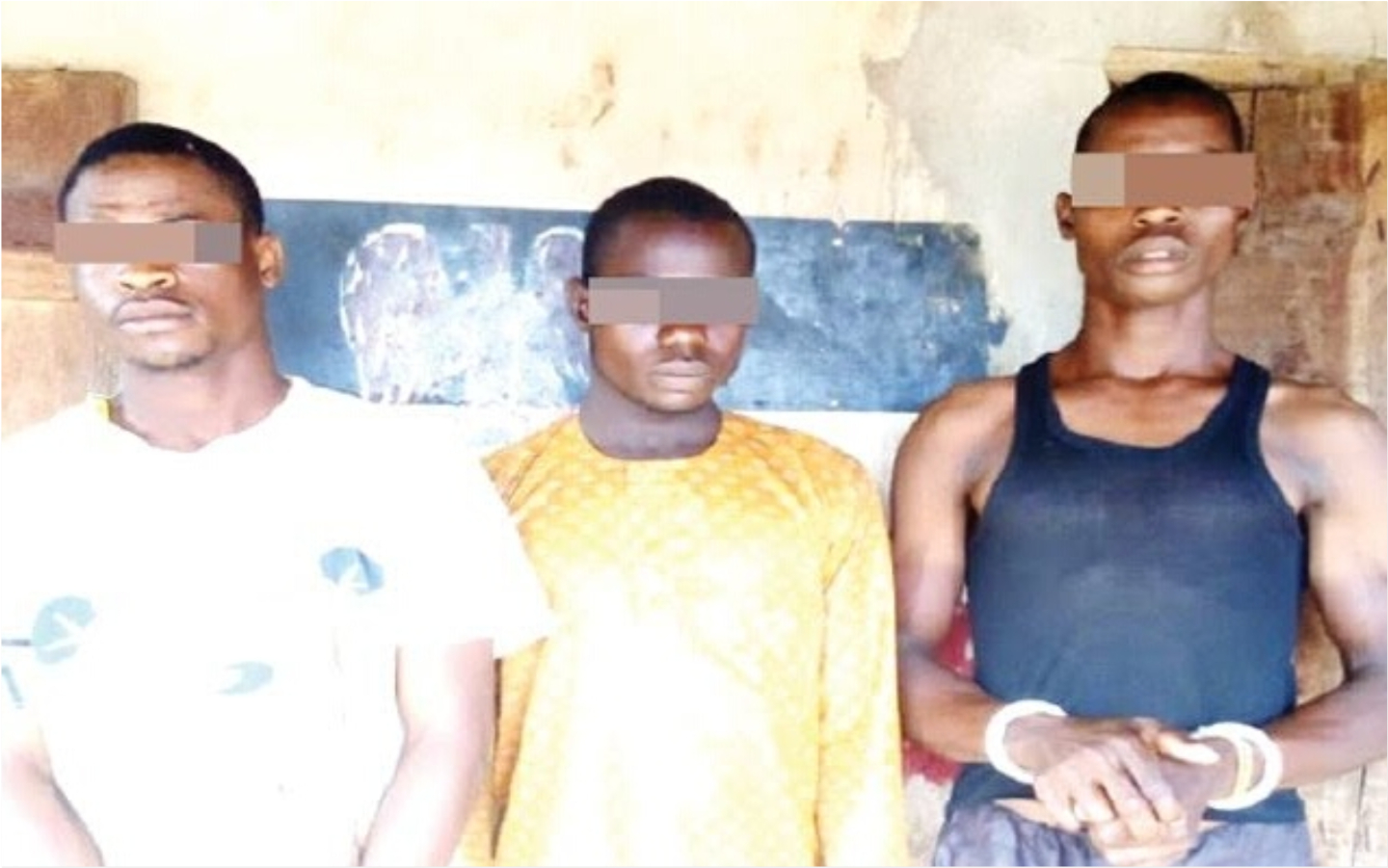 The PRO recalled that a case of rape and robbery was reported on July 5 at the NSCDC Woro Outpost.

“The victims: a seven-month pregnant woman and her husband were allegedly attacked by the suspects in their house at Woro.

“The seven months’ pregnant woman was allegedly raped and some items were carted away by the assailants,” he said.

Olasunkanmi said Ibrahim was arrested while trying to sell some stolen items.

Ibrahim’s confessional statement eventually led to the arrest of his gang members.

The NSCDC added that the suspects have been charged to court for the midnight home invasion.