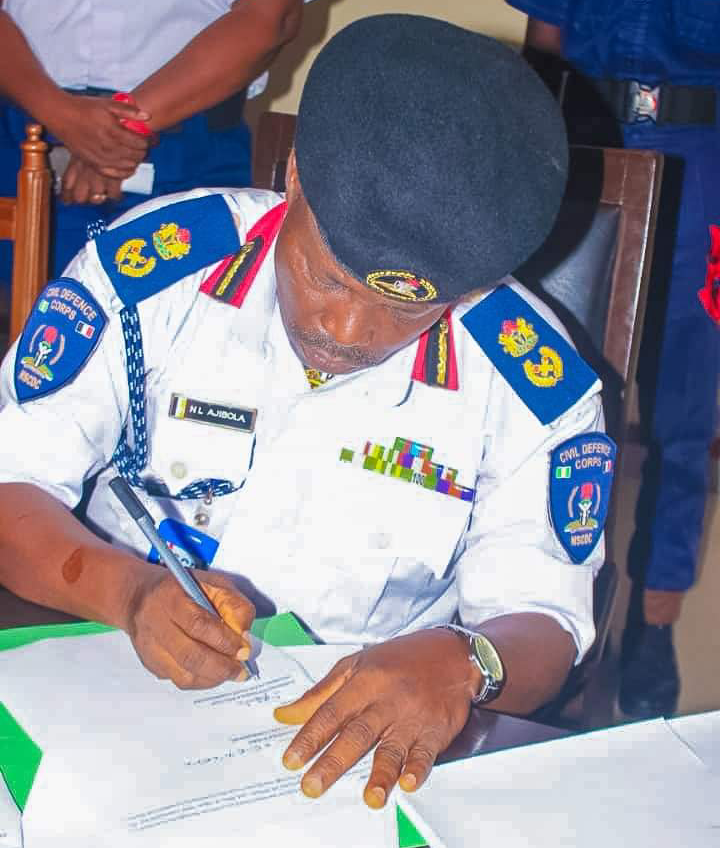 It was  reports that the new NSDC Commandant in Ogun is Mr Niyi Liad Ajibola.

Ajibola is taking over from Commandant Kolawole Taiwo, who has been in charge of the command for the past one year.

While addressing senior Management Staff officers, Divisional Officers and other ranks on his first day in office, Ajibola appreciated the NSCDC Commandant General, Ahmed Abubakar Audi for giving him the opportunity to serve.

He recognised the herculean task before him, saying the NSCDC is committed to safeguarding all critical national assets and infrastructure, as well as the protection of the lives and properties of citizens.

“Assuredly, we will do our work without compromise and prejudice,” Ajibola was quoted as saying, calling for collaborations among security agencies and all stakeholders in order to combat the menace of insecurity in the nation.

Noting that intelligence is the bedrock of security, Ajibola maintained that the public must partner with the corps by providing credible intelligence and information that would assist the command to nip in the bud all activities of economic sabotage across the region.

Meanwhile, the outgoing Commandant Taiwo appreciated officers and men of the command for their cooperation and support over the past one year.

Taiwo appealed to the personnel to cooperate with Ajibola for the progress of the command.