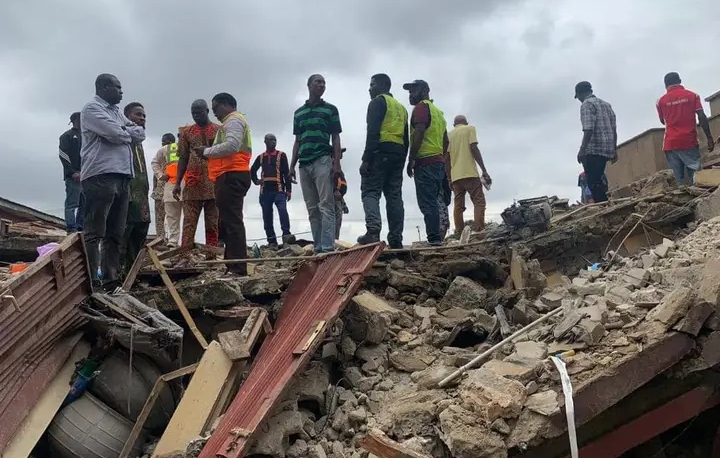 A two-storey building collapsed in the early hours of Wednesday, July 13 in the Onipanu area of Lagos State.

It was gathered that four families escaped death while one person was injured in the building collapse incident.

The building, according to the National Emergency Management Agency (NEMA), belongs to Chris Divine Church on No. 15, Oke Arin, off Shillon, Onipanu, Lagos.

In a statement by the oordinator of the Lagos Territorial Office of NEMA, Ibrahim Farinloye, the building was still in use before it collapsed at about 12 midnight on Wednesday morning.

He said, “The building belongs to Chris Divine Church at 15, Oke Arin off Shillon Onipanu, the building was still in used before it crashed at about 12 midnight. There were 4 families that escaped the incident.

“The families escaped to safety after noticing signs from the building, but efforts are on for the families to retrieve their personal belongings.”

According to LASEMA, investigation revealed that the incident occurred at about 12:45am due to the aging of the structure.

“Fortunately, no loss of life. However, one adult male sustained minor injury and has been taken to hospital.

“The affected building has been cordoned off in order to prevent any threat,” the agency said in a statement on Wednesday.