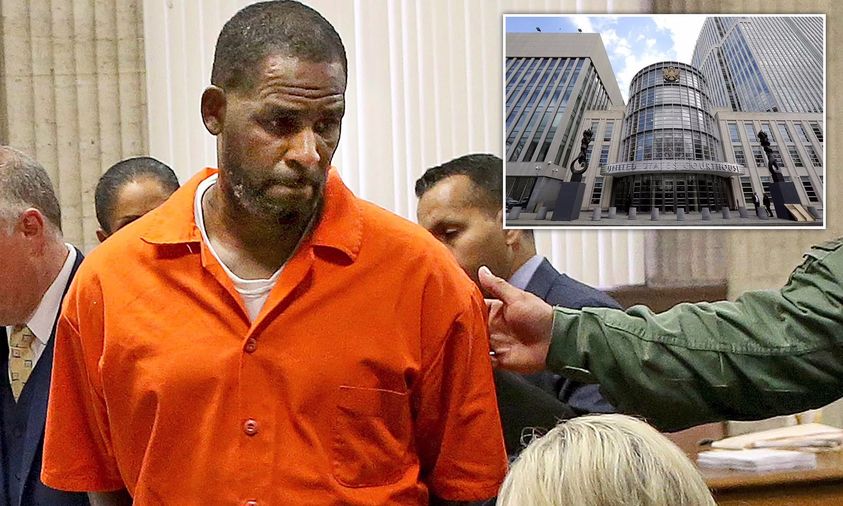 Disgraced singer, R Kelly is back in a Chicago federal jail awaiting his second criminal trial next month just two weeks after he was sentenced in New York to 30 years in prison for racketeering and sex trafficking,

The 55-year-old R&B star was transferred Tuesday, July 12, from where he was being held Brooklyn to Chicago’s Metropolitan Correctional Center, the Chicago Tribune reported.

The Jury selection for his federal trial in Chicago is set to begin Aug. 15.He is accused of allegedly conspiring with two associates to rig a child pornography case in Cook County in 2008 and hide a slew of sexual assault allegations against minors.

Kelly was convicted in 2021 in New York on charges that he sexually abused young fans, including children, in a systematic scheme that prosecutors alleged went on for decades.

Attorneys for Kelly claimed he was placed on suicide watch as a form of punishment by the US Attorney’s Office, but prosecutors pushed back, arguing Kelly’s ‘life circumstances undoubtedly [brought] emotional distress.’

Jury selection for Kelly’s trial in Chicago will begin in a month at the Dirksen US Courthouse.

Chicago is Kelly’s hometown and where many of his accusers live, so interest is expected to be especially intense.

Kelly faces charges that he and two co-defendants fixed his state trial in 2008, with prosecutors saying Kelly arranged for a girl and her parents to travel overseas to prevent them from talking with police prior to his 2002 indictment and later instructed them to lie to a grand jury about the case.

He was indicted in 2002 in Illinois state court on 21 counts of child pornography but was acquitted six years later by a jury.

He also has a solicitation case in Hennepin County, Minn.

Before being transferred on Tuesday, Kelly spent more than a year being held at Brooklyn’s Metropolitan Detention Center. Immediately following his sentencing, he was placed on suicide watch.

The US Attorney’s Office in Brooklyn filed court papers saying Kelly remained on suicide watch ‘for his own safety,’ following a psychological assessment.

Kelly’s attorney, Jennifer Bonjean, filed a lawsuit alleging prison officials placed Kelly on suicide watch ‘solely for punitive purposes and because of his status as a high-profile inmate.’

Bonjean argued the measure was in violation of Kelly’s Eighth Amendment rights as he had no thoughts of harming himself. The suicide watch was eventually lifted.

Kelly’s sentence in New York also included a $100,000 fine. He was convicted of sex-trafficking and racketeering charges last September, following a six-week trial that amplified the accusations.

He has denied wrongdoing and plans to appeal his conviction.

The ‘I Believe I Can Fly Singer’ allegedly committed the heinous acts for decades before he was convicted.

Kelly declined to speak at his sentences, after the court heard accusations from angered victims about how the singer preyed on them.

During the sentencing, the judge said Kelly created ‘a trail of broken lives,’ adding that ‘the most seasoned investigators will not forget the horrors your victims endured.

‘These crimes were calculated and carefully planned and regularly executed for almost 25 years,’ she said. ‘You taught them that love is enslavement and violence.’

Lizzette Martinez, one of the victims at the June hearing, said she doesn’t think Kelly’s sentence is enough ‘but [was] pleased with it.’

Martinez, who described herself to the reporters as an ‘up-and-coming singer, a girl full of life’ before she met R Kelly and became ‘a sex slave.’