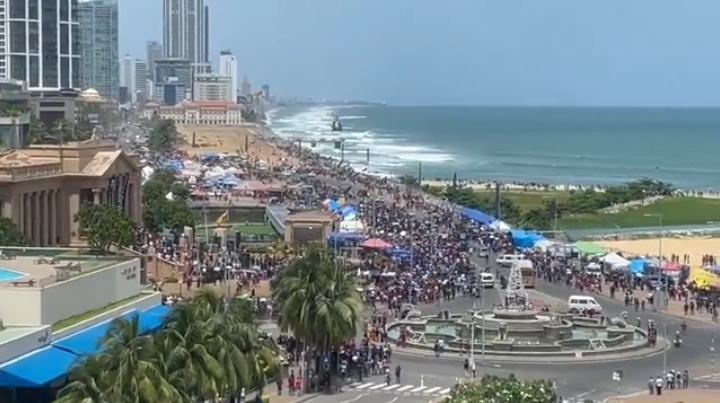 In the midst of the economic crisis in Sri Lanka, the political situation is also changing moment by moment.

The President has left the country, after which a state of emergency has been imposed in the country.

At the same time, a large number of protesters have reached the residence of PM Ranil Wickremesinghe.

Rajapaksa and Prime Minister Ranil Wickremesinghe had both agreed to resign, with the president’s resignation effective on Wednesday. Wickremesinghe said he will step down once a new government is in place, but demonstrators are demanding he resign immediately.

Protesters stormed the prime minster’s office following Rajapaksa’s departure from Sri Lanka, and parts of the country have declared a national state of emergency.

Groups could be seen scaling the wall and entering the office as the crowds roared in support, cheering them on and waving the Sri Lankan flag. Police used tear gas to try to disperse the crowd but failed and more and more marched down the lane and towards the office.