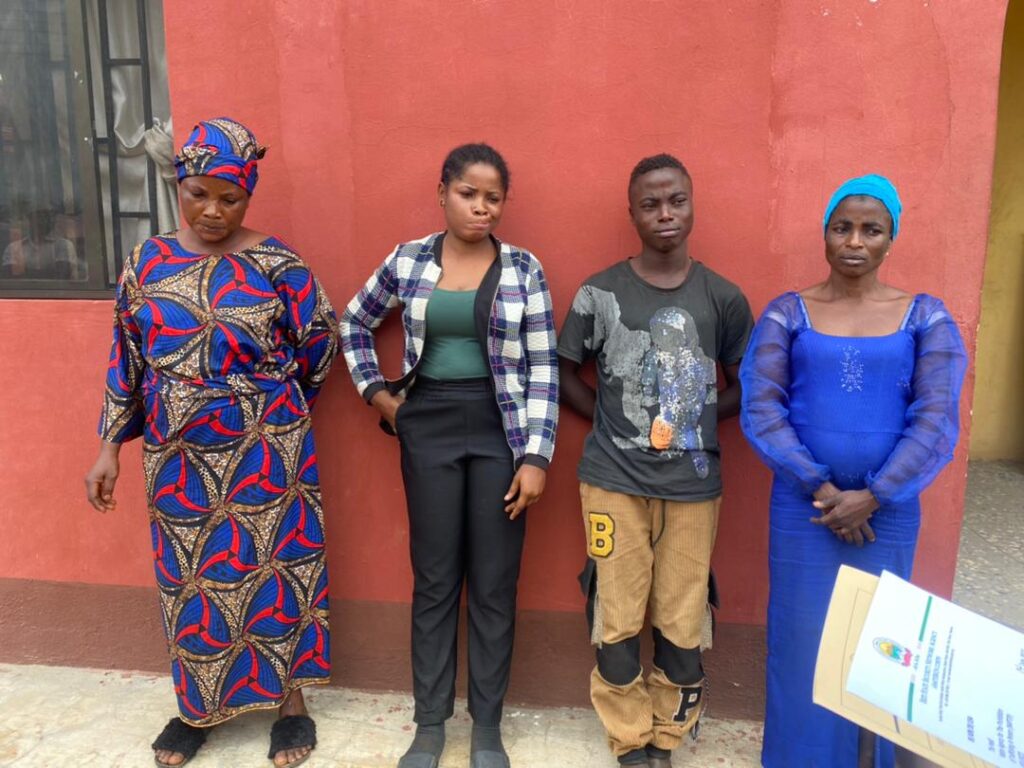 Among the suspects are two prophetesses who confessed to having converged more than 30 persons in preparation for the same mission before the arrest.

Addressing journalists in his office in Ado Ekiti, the commandant of the Amotekun corps, Mr. Joel Komolafe, noted that the suspects were arrested after a tip-off by some citizens.

He confirmed that preliminary investigation revealed that the suspects, who have formed a cartel, had finalized arrangements to ferry the two victims to Libya without the consent of their parents.

According to him, the suspects were already on their way to hand over the victims to agents who will sell them as slaves to Libya before the command was able to track them.

He promised the readiness of the command to work with various security agencies in the state to fight crime.

The suspects were handed over to the National Agency for the Prohibition of Trafficking in Persons (NAPTIP) and had been transferred to their head office for further investigation.

During an interview, the victims alleged that the suspects promised to assist them to London not knowing that they were on their way to a dangerous zone.