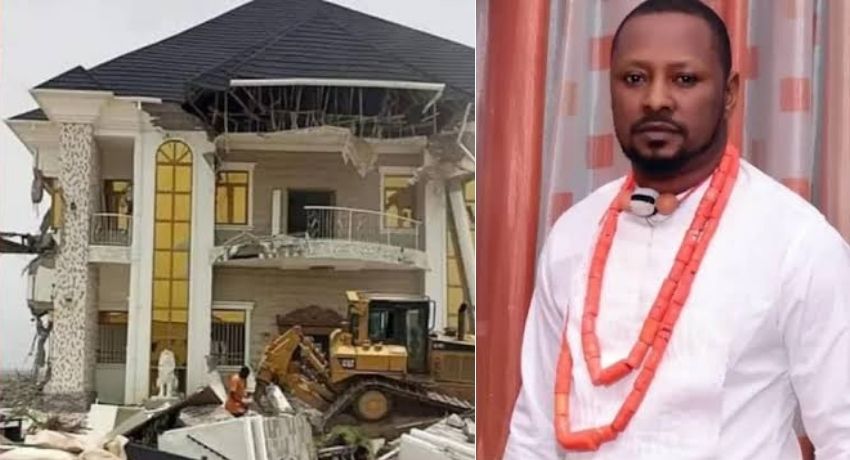 The order was pronounced by Justice Charles Agbaza on Friday.

Recall that the house in question had been partially demolished by the FCT Administration.

Other defendants joined in the matter are the Abuja Metropolitan Management Council, the Federal Housing Authority, and the Attorney General of the Federation.

Justice Agbaza made the restraining order on July 7, upon an ex-parte application moved on behalf of Kpokpogri by his lawyer, Chief Mike Ozekhome SAN.

After listening to Ozekhome, the presiding judge issued an order of interim injunction restraining the defendants either by themselves, agents, officials, privies, all those purporting to have derived title from them or other persons howsoever called from trespassing on or further trespassing on, demolishing, or further demolishing the property known as Plots 203 and 204, 27 Road, Gusape District, Apo Estate, Abuja, covered by letters of allocation issued by the Federal Housing Authority with Ref. No. FHA/BD/ES/APO/P.203 and Ref. No. FHA/BD/ES/APO/P.204 or from evicting the occupants of the said property or in any way interfering with the plaintiff’s exclusive right of possession of the said property pending the determination of the motion on notice.

The court also adjourned the hearing of the matter to September 12.