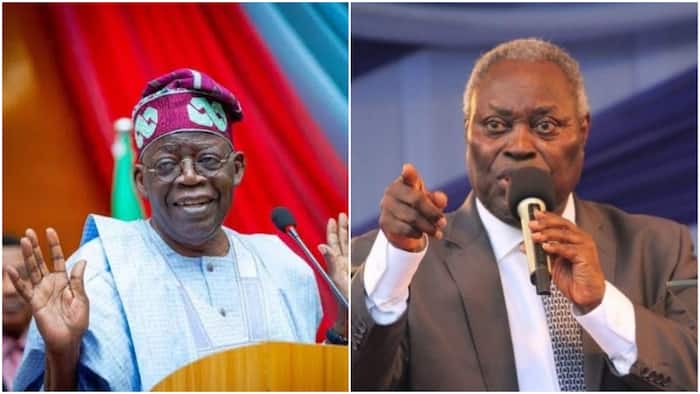 The General Overseer of the Deeper Christian Life Ministry, William Kumuyi has said politicians should always consider the desires of Nigerians when making decisions.

Kumuyi made the remark while noting that the All Progressives Congress, APC, presidential candidate, Bola Tinubu took a slippery road in picking Borno Senator, Kashim Shettima as his running mate.

Tinubu came under intense criticism by Nigerians after he settled for a Muslim-Muslim ticket.

Nigerians had wanted Tinubu to pick a Christian to balance his presidential ticket, but he opted for a Northern Muslim.

However, Kumuyi said politicians should be aware that they did not elect themselves into office when making their decision.

He spoke after paying a visit to the Governor of Kwara State, Abdulrahman Abdulrazaq, yesterday.

Addressing journalists, the clergyman said: “The Muslim-Muslim or Christian-Christan ticket is a difficult and slippery area.

“What I will say is that the political office holders should look at the heartbeat of the country, as well as desires of the people.

“Politicians should know that they are not there for themselves. They are there for all of us. They should ask and make their research about what the nation wants.

“They should ask and make their research on what the country wants, what the people want; if they listen to the people, we will be confident that they will listen to us when they get there.”